The first big sale at Epic Games Store is chaos for the time being. Vampire: The Masquerade - Bloodlines 2 and Oxygen Not Included, which disappeared from the store's offer yesterday, were joined by Borderlands 3, which for a short while could be bought in advance for $59.99. Representatives of 2K Games, the publisher of the FPS scheduled for September, ensure that they work closely with the owners of the platform. "The game will return to the store soon!" - can be read in the declaration, the content of which is quoted by PC Gamer. "Any purchases made while the game was discounted during the Epic Mega Sale will be honored." 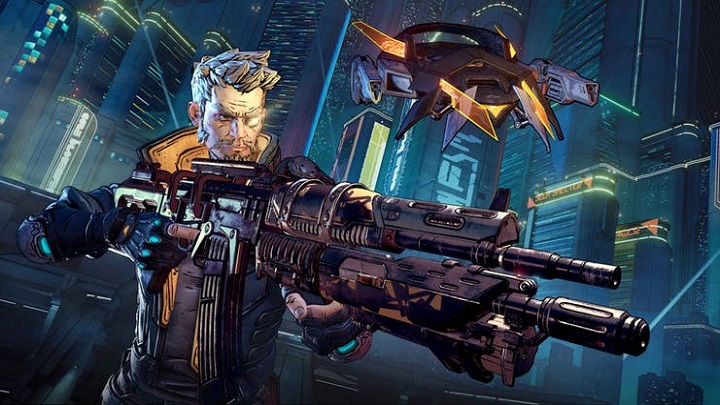 Vampire: The Masquerade - Bloodlines 2 and Oxygen Not Included abandoned the Epic Games Store ship for the duration of the sale. Now Borderlands 3 is joining them.

Regardless of how quickly Borderlands 3 returns to the Epic Games Store offer, the decision to offer a discount of $10 on all productions more expensive than $14.99 has backfired at the store's owners. It is true that the price difference is covered out of their own pocket, so in theory, customers gain, and devs do not lose, but in practice, discounting the game before its release may discourage players from buying it for a standard price. In the aforementioned case of Vampire: The Masquerade - Bloodlines 2, an additional issue was the fact that, as Sergey Galyonkin, head of Epic Games Store's publishing strategy and publisher of the game, Paradox Interactive, admitted that it was not fully aware of the rules of the sale. Who knows if 2K Games was like that?

Let us remind that apart from problems with communication between Epic Games and the publisher, the first big sale on this digital distribution platform also suffered from problems with synchronization with Uplay (at least officially Ubisoft's games disappeared from the offer) and unannounced price increases for some titles. Of course, you might have expected some problems with the first big sale at Epic Games Store, but the current misunderstandings could become a crack in the relationship between store owners and publishers. At the same time, it is the water to the mill of the critics of this platform, who - thanks to the controversial tactics of buying temporary exclusives and lack of content in the launcher itself - are by no means few.