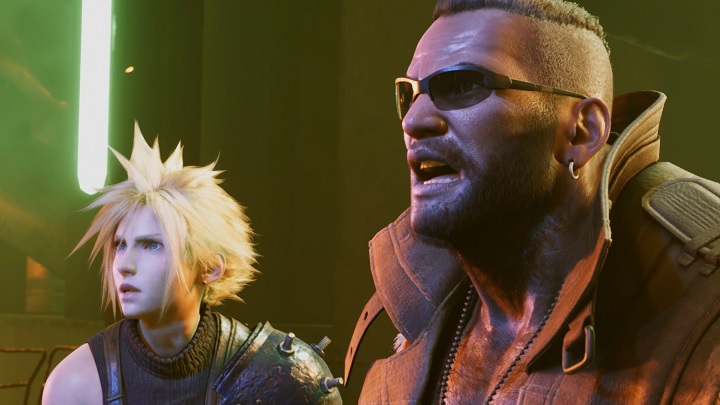 Cloud Strife, the main protagonist of the game, will not travel alone.

The Square Enix conference preceding this year's E3 trade fair began with a short presentation of an intro to Final Fantasy VII Remake, which is waiting for you below. Then Yoshinori Kitase, the producer of the game, entered the stage and confirmed that the game will be released on two Blu-Ray discs. The devs have recreated (and significantly expanded) the whole Midgar, and their work is created for both diehard fans of the original and new players.

After that, we've seen a long presentation of the dynamic gameplay. Clashes with opponents will not consist of mindless button mashing. Moreover, developers will allow us to use a special tactical mode, for example, to switch between heroes (Cloud will be accompanied by other characters) or to select their own attacks. The next item on the agenda was the presentation of a boss fight, against the powerful Scorpion Sentinel, whose defeat required a hail of blows and a skilful selection of attacks.

It's also worth noting that Square Enix brought a demo version of the production to Los Angeles, so we should soon learn more about what the Final Fantasy VII Remake is all about. The game show was crowned with a presentation of a new trailer.