This year's Ubisoft conference was another important event, after EA Play and presentations of Microsoft and Bethesda, accompanying the beginning of the E3 2019 fair. The event began with strong accents - a spectacular live concert of tracks from the soundtrack of the Assassin's Creed series, as well as the announcement of the third installment of the Watch Dogs series. Shortly afterwards, it became clear that this time the French giant didn't have much exciting news to offer the players. The event was dominated by information on new expansions and updates for release games, such as For Honor or Tom Clancy's Rainbow Six Siege. 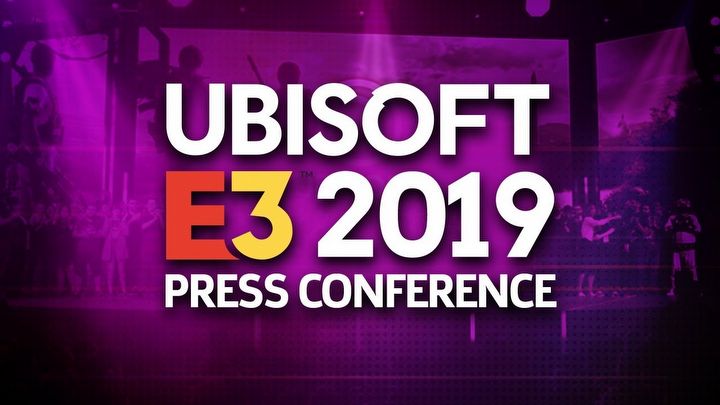 At the opening of the conference, Ubisoft presented the Watch Dogs: Legion, which we heard about a few days ago due to leaks and rumours. The plot of the title takes place in the near future in London, controlled by an authoritarian regime. During the game, players take on the role of various members of the DeadSec organization, known from the previous installments of the series, fighting against the omnipresent oppression of the police and the government. The creators promise that we will be able to expand our resistance movement with every Londoner we meet, and then control them directly during the mission. The gameplay fragment showed us not only stealth elements and shootouts, but also new gadgets that we will use to divert attention and bring chaos into the ranks of our enemies. Watch Dogs: Legion will debut on PlayStation 4, Xbox One and PC. PC version of the game is to use advanced technologies, led by ray tracing.

The developers of cooperative shooter Tom Clancy's Rainbow Six Siege have announced Operation Phantom Sight, which is due to take off on June 11. Players will receive two new operators, as well as missions and other attractions, which are shown in the trailer.

During the conference we've also seen the upcoming Tom Clancy's Ghost Recon: Breakpoint, who this time received a story trailer. After the trailer's premiere, an actor playing the main character of the Cole D Walker appeared on stage, briefly describing the mission he will carry out during the campaign. We also learned that the premiere of the title, which is scheduled for October 4, will be preceded by a beta to be launched on September 5. The creators emphasized that they take seriously the suggestions of the fans of the series and intend to support its community. One of the tributes to fans will be the free DLC, which will introduce the character of Terminator, in a way similar to Predator appearing in Tom Clancy's Ghost Recon: Wildlands.

Mobile games were also present during the presentation. Developers from Ubisoft announced a tactical RPG Tom Clancy's Elite Squad, designed for iOS and Android devices, with the action presented in an isometric view. The players will be able to create an elite combat unit, which will include heroes from other Ubisoft productions under the sign of Tom Clancy's. Among them there will also be Sam Fisher from the Splintet Cell series.

As every year, the conference included a music and dance segment promoting the Just Dance series, which this year celebrates its tenth birthday. Just Dance 2020 will be released on PCs and Xbox One, PlayStation 4, Nintendo Switch, and Android... Wii. The title will offer 40 songs and many recurring classic play modes.

Multiplayer-focused For Honor will see a new event entitled Shadows of the Hitokiri, which will last from June 10 to 27. Players will take part in a new variation of the game called Soul Crush.

Ubisoft Montreal announced Tom Clancy's Rainbow Six Quarantine. According to the devs, Quarantine will focus on the cooperation between the three players, fighting against a mysterious and deadly parasite of unknown origin. The title is to be for cooperative shooters what Rainbow Six Siegewas for competitive FPS games. Details of the release date are not known.

During the conference we learned detailed roadmpap for Tom Clancy's The Division 2, which was illustrated with two new trailers showing upcoming free DLC episodes. The producers then announced the first free weekend of the game, scheduled for June 13-16, and shared new information about the film adaptation of the series announced last year. It has been confirmed that the work on the film is proceeding according to plan, and its distributor and producer will be Netflix.

In response to the growing popularity of programs such as Xbox Game Pass, Ubisoft presented its own subscription service called Uplay+, which for the time being will be aimed exclusively at PC users. After paying a monthly subscription fee of $14.99, they will have access to over a hundred Ubisoft games with all their add-ons and DLCs. Uplay will be launched on September 3. If you sign up for the official website before August 15 , you will receive one month of free month.

The event closed with the announcement of two games. The first is Roller Champions, an arcade game in which we compete in a fictional sport that combines rollerblading and basketball with races. The production will focus on multiplayer. Developers added that the trial alpha version of the title is now available to all Uplay users.

The finale of the event was a trailer for Gods & Monsters, a game created by developers from Ubisoft Quebec who had previously worked on Assassin's Creed Odyssey. This extremely colorful and lively production is inspired by Greek mythology. The players take on the role of a forgotten hero on an epic journey to save the gods. Gods & Monsters will be available on sale on February 25, 2020.