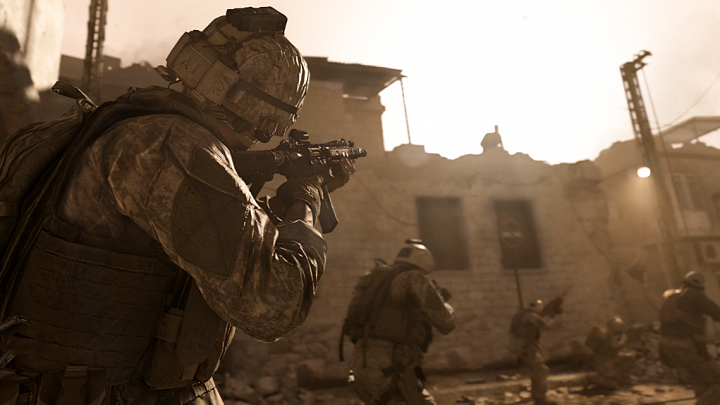 Tests of the 2v2 mode will take place only on PlayStation 4.

We've just seen a short trailer for the alpha test of 2v2 Gunfight mode from Call of Duty: Modern Warfare. They will be completely free and take place from August 22 to 25, but only PlayStation 4 users will be able to participate (no PS Plus subscription is required for play). In alpha tests we will compete on five maps, including the previously unseen "Docks" and "Speedball".

In Gunfight our main goal will be to win five rounds. The hook is that in each of them players will be equipped with a random arsenal of weapons. This is to ensure unpredictability and constant fun. It is worth mentioning, however, that the opposing team gets the same set, which will introduce a certain amount of strategy to the game.

The launch of Call of Duty: Modern Warfare is scheduled for October 25, 2019. The game will be released on PC, PlayStation 4 and Xbox One.