As announcement yesteday, all those willing to play Call of Duty: Warzone can now do so. The title is a battle royale mode based on Call of Duty: Modern Warfare, which was released in the form of a standalone game distributed in a free-to-play model. The game was released on PC (Battle.net), PlayStation 4 and Xbox One. It's worth noting, that while Xbox Live Gold subscription is required to play on Microsoft's console, those who play on PlayStation 4 do not have to pay for PlayStation Plus. However, the latter guarantees them a bonus in the form of an extra content pack called Combat Pack, which is available on PlayStation Store. In addition, the game supports cross-play between owners of different platforms.

Owners of Infinity Ward's latest work could start playing four hours before the others. Earlier, they still had to download between 15-22 GB of data (depending on the platform), while the rest of the players (who could download the game begining with 12:00 PT) will have to download between 80 to 100 GB of data. 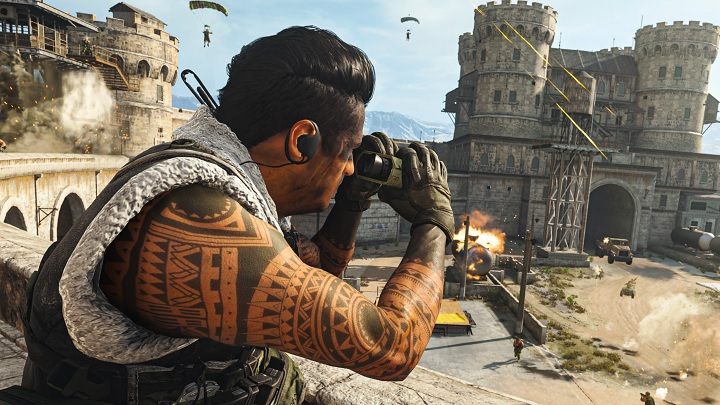 There are plenty of nice places on the map...

The gameplay in Call of Duty: Warzone takes place on a vast map of Verdansk, where we can find over three hundred points of interest. In addition to the city and the countryside, there are locations such as a huge dam and a large wood warehouse. Of course, during the game, there is not much time to admire the landscapes.

We come to Verdansk as one of one hundred and fifty players, who are divided into teams of three and fight for victory in one of two variants of the game. The first mode is a classic battle royale, where the battlefield gradually decreases and the last surviving team wins. It is worth noting that our first time being eliminated in a match ends with a visit to the Gulag, where we have to fight a duel for our life with one of the other players. The winner will return to the battlefield, while the loser must wait for their companions to "resurrect" them.

The second mode is Plunder, where the fun is to eliminate enemies and complete contracts. The victory goes to the team, which is the first to earn a million dollars. Regardless of the selected mode, during the game we earn money, which can be used in special stations to purchase useful equipment, upgrades and accessories. 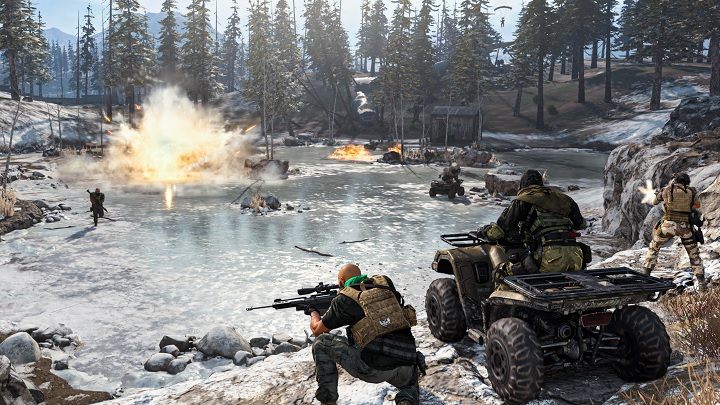 ...but there's not much time to admire the views.

As the map is vast, five vehicles and other machines are available to us. The vehicles are: an ATV capable of accommodating two people, an off-road vehicle and an SUV that can accommodate up to four players, a truck that can accommodate not only the entire team, but also its equipment, and finally a helicopter with four seats. It is worth remembering that the vehicles are not indestructible, and when their health bar drops to zero, they explode, killing everyone who fails to evacuate before that.