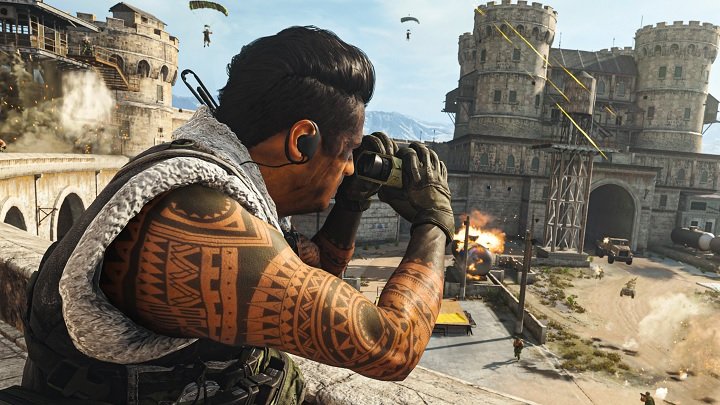 The players have stormed Call of Duty: Warzone.

On Tuesday evening, Call of Duty: Warzone, a freemium online battle royale FPS based on Call of Duty: Modern Warfare, has launched. We expected the game to be quite successful and the information shared by the creators shows that this is exactly how things went.

The developers have boasted that more than 6 million players have played the new game during the first 24 hours since the release. As a reminder, the title debuted on March 10 and is available on PC, Xbox One and PlayStation 4.

The success of the game is very impressive. For comparison, last year's flash hit Apex Legends boasted 2.5 million players after 24 hours. After two consecutive days this number increased to 10 million, so we are curious whether Call of Duty: Warzone can top that.

It is worth adding that the new CoD is another success of the franchise in the free-to-play category. Released last year on iOS and Android, Call of Duty: Mobile was downloaded more than 20 million times in just over 24 hours after launch. So you can clearly see how much interest was sparked by the free incarnations of the series.

The success of Call of Duty: Warzone is also reflected in an excellent debut on streaming platforms such as Twitch and YouTube. At the hottest moment of the day, Warzone was observed by more than 650,000 viewers at the same time on both platforms.

At the time of writing this news, over 157,000 people watched Call of Duty: Warzone on Twitch, which is almost twice as many as the second production in the popularity ranking on this platform, League of Legends.