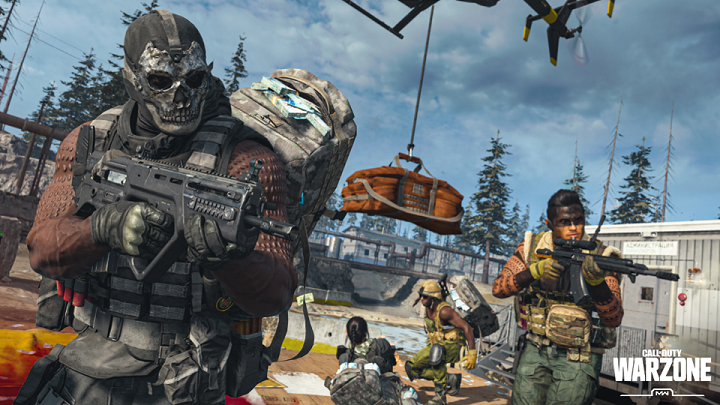 Call of Duty: Warzone has made a successful debut on streaming platforms.

Since yesterday, we can play Call of Duty: Warzone, a standalone free battle royale mode based on CoD: Modern Warfare. As it turns out, the title made a great debut on streaming platforms such as Twitch and YouTube. At the hottest moment of the day, Warzone was watched by a total of over 650 thousand viewers on both platforms.

Of course, it was the channels on Twitch that were most popular. At that moment, the record simultaneous audience on the aforementioned platform is about 520 thousand users. YouTube can boast a result of "just" about 150 thousand viewers. It should be noted, however, that the information about the audience on Mixer, included in the above tweet, is only a joke of the author. Apart from Ninja (nearly 10 thousand viewers) CoD: Warzone was also streamed by e.g. Shroud (about 5 thousand viewers).

Call of Duty: Warzone is available on PC, PlayStation 4 and Xbox One. The game supports cross-play, and offers two game variants, which take place on the same map - Verdansk. The first one is a typical battle royale, in which we fight for victory in three-person teams. In the Plunder mode we eliminate opponents and execute various contracts. The winner is the player who first manages to raise a round million dollars. The money collected in the game is also used to purchase equipment, improvements and accessories.