We jave bad news for people who wanted to use their computers to mine the Chia cryptocurrency. Based on continuous read and write operations, the currency encourages the use of high-speed solid-state drives. However, their endurance, defined as TBW (Terabytes Written) and DWPD (Drive Writes Per Day), is less than HDDs. For a 1TB SSD, these values allow about 300GB of data to be written every day for five years.

According to the Chinese website MyDrivers.com (via Tom's Hardware), first SSD have started giving up in the fight against the new cryptocurrency. It's no wonder, since the rate of data writing and erasing data imposed by Chia is lethal for SSDs. It uses up the entire TBW of a 512GB drive in just 40 days. Higher-capacity models (1 and 2 TB) boast increased endurance - they're capable of continuous Chia mining for up to 80 and 160 days. The lifespan mainly depends on the brand of SSD we are using and the type of NAND flash memory used in it. 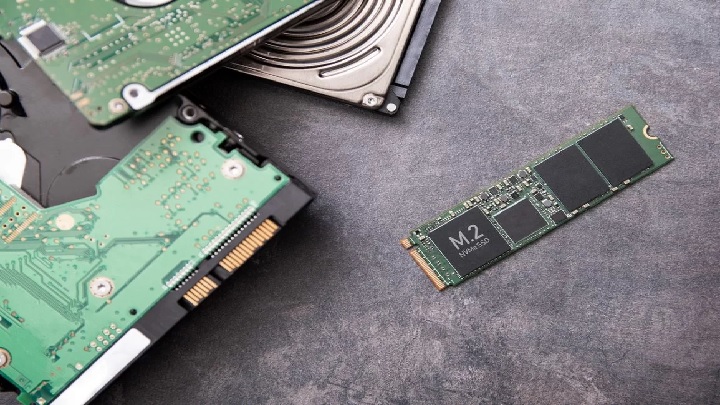 Chia cryptocurrency is causing SSDs to break down at an alarming rate.

Since the profits made by users in the process of mining Chia are still satisfactory, it is expected that they will not stop in the near future. The limited durability of SSDs will force Chia miners to buy up more drives. They are already reaching record high prices in some countries around the world, and shortages are the order of the day. Phison warns that there is no hope for improvement, so be prepared for the availability and pricing situation to get worse.

You may notice an increase in the prices of both SSDs and HDDs, which are more robust than solid state media. The main reason is that they offer far bigger re-writing endurance. Perhaps some solution will be provided by special drives with increased durability, something just for Chia miners. The first devices manufactured by TeamGroup have already appeared on the market, boasting the TBW parameter at the level of 12000 TB and 12-year warranty.