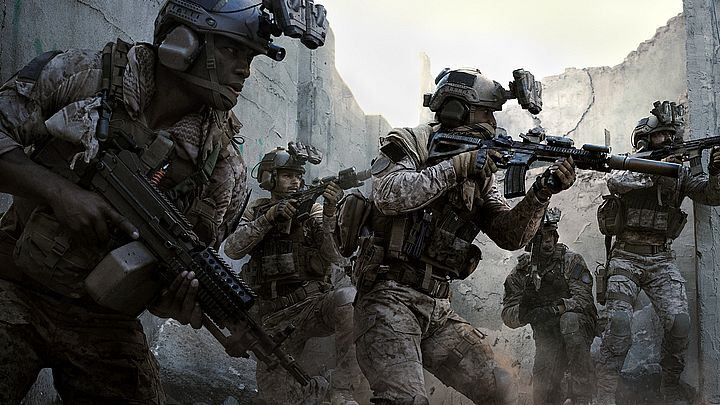 Assault on the open beta.

Activision announced that the open version of the beta of Call of Duty: Modern Warfare is now available to pre-load on PC. To download this content, you need to install Battle.net and download it to your hard drive. This will give you access to the game as soon as the open tests start. It is worth mentioning, however, that only people who have pre-ordered the game will be able to play today. The rest will be able to test the title only from September 21 (i.e. this Saturday).

We would like to remind you that PlayStation 4 users have been able to test the game for a few days now. If you feel a bit overwhelmed by the information related to Call of Duty: Modern Warfare beta, you ca ncheck out the exect schedule, which you can find at this address. In addition, the Ground War 32v32 mode will be available next Saturday, when the game will be available for testing by users of all target platforms. It's the equivalent of the Battlefield's Conquest.

It is also worth mentioning that for the first time in the history of the series, cross-play will appear in the game. It will be possible to check it on September 21. By the way, the hardware requirements of the PC beta were revealed. You can check them belowe.

Call of Duty: Modern Warfare will debut on October 25. The game will be released on PC, Xbox One and PlayStation 4.