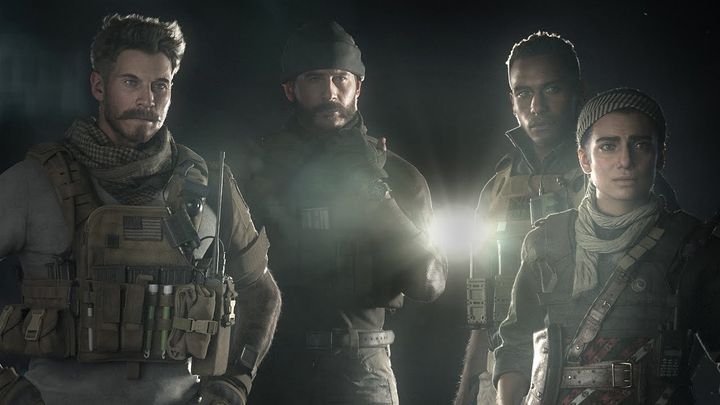 Three months have passed since the release of Call of Duty: Modern Warfare. Nevertheless, the game still suffers from technical issues. According to recent reports, there are bugs on one of the maps for Ground War mode that affect collision detection. However, looking at the reports from the last two weeks, you can see that there are many, many more issues with the game.

In Ground War mode, the players fight in two 32-person teams. Among the maps for this mode we will find Tavorsk District. According to Reddit user Swampfox1906 it is plagued by many issues. The most important of them are problems with collision detection. A video he recorded, shows that bullets penetrate window glass only from one side. The game engine enables us to smash thinner objects, so in theory this should not be happening.

In addition, the same user has pointed out bugs in the operation of achievements. In the next video he presented how, after shooting an opponent, he was awarded a badge for killing three enemies in close combat.

However, as it turns out, the aforementioned errors are only a small part of the problems encountered in the game. Yesterday, also on Reddit, a video appeared, where a player is killed by a swivel chair. Under this entry there was a commentary indicating that inanimate objects have been on a killing spree ever since the release. Another post on the same site may be used as evidence in this case. It shows a death caused by contact with a bush.

Another problematic element in the game that has been highlighted in recent days is the male skin called Dallas Empire. After being selected, it makes the player invisible from a distance. This glitch is to be fixed in the next update. Interestingly, this is not the only mistake with "disappearing" characters. According to the official work schedule of Call of Duty: Modern Warfare, published on Trello, the single-player campaign sometimes lacks character models. In this case, work on solving the problem is ongoing, but it is not clear how long it will take.

Four days ago there were further reports of a newly discovered error - this time causing the death of players before the formal start of the match. The original post indicates that the glitch appears on the Euphrates Bridge map in Team Deathmatch mode. However, from the comments under the entry it follows that this is not an isolated case and the bug is also present on other maps.

Finally, a recently repaired glitch is also worth mentioning. After the update from January 22, some players sere sent bug prompts, and anyone who clicked "yes" on it, temporarily reset the stats of their character and equipment settings. This problem was resolved within two days.

These errors indicate that the employees of Infinity Ward still have a long way to go. Call of Duty: Modern Warfare remains far from perfect. Nevertheless, the game was warmly welcomed by reviewers - the average rating for the PC version on Metacritic is 81%. Our reviewer gave it 8.5/10 points.