One of the RPG elements that many players pay special attention to is how the character they create interacts with other characters and how the different characters react to each other. For example, in the first two installments of the Baldur's Gate series, we had to pay attention to the companions we wanted to recruit to our party so that there would be no conflicts between them. It will be no different in the upcoming Baldur's Gate III. The devs at Larian have published a new devblog entry, which focuses entirely on the interpersonal aspects that will appear in the game. Here it is in the movie version:

According to the devs, the personalities of characters in Baldur's Gate III, or at least those with whom we'll go on an adventure, will be quite complex. Each of the companions is supposed to have their own motivations, goals and world views. Normally such a different party would never join forces, but the situation has forced them to put their differences aside and face the danger together. However, such a mixture will cause misunderstandings and arguments from time to time. Conflict situations will "emerge" mainly during conversations and scenes in the camp.

At the heart of all this, of course, there will be the player's character. How the world will react to them will depend on many factors - their class, origin, race, decisions they make, etc. According to Larian, how we create and guide our character will be reflected in a lot of dialogues, so there is a chance that no other player will see exactly the same content as us. 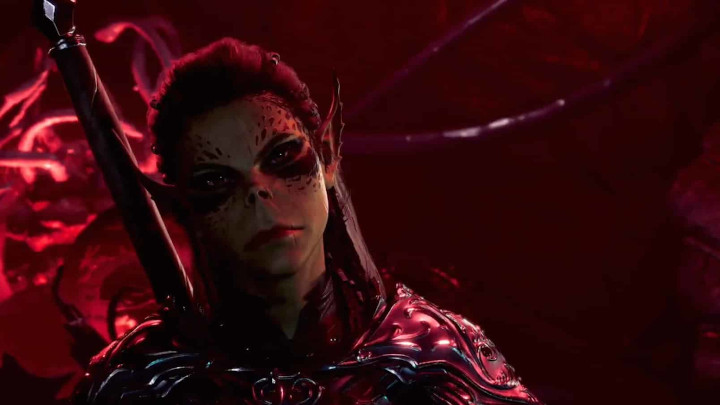 Relationships with companions are to be a strong point of Baldur's Gate III.

The team from Larian ensures that through the appropriate use of the mechanics of the fifth edition of the Dungeons & Dragons system, dialogues and cinematographic tricks, they strive to create relationships as authentic as possible. They want the interaction between the player character and their party members to be "alive" from the first encounter, through all the situations you experience together, to a possible romance. At this point, it is worth noting that the Belgian team does not intend to bowdlerize anything and there will be love scenes in Baldur's Gate III. The lovers of virtual frolicking should therefore be satisfied.

Baldur's Gate III will be released on PC and Google Stadia next year. However, we will be able to play the game a bit earlier. According to yesterday's information, its early access will start on October 6.

Cyberpunk 2077 x Adidas Cooperation Will Give Us Official Shoes

NoR Replicant Gets Release Date