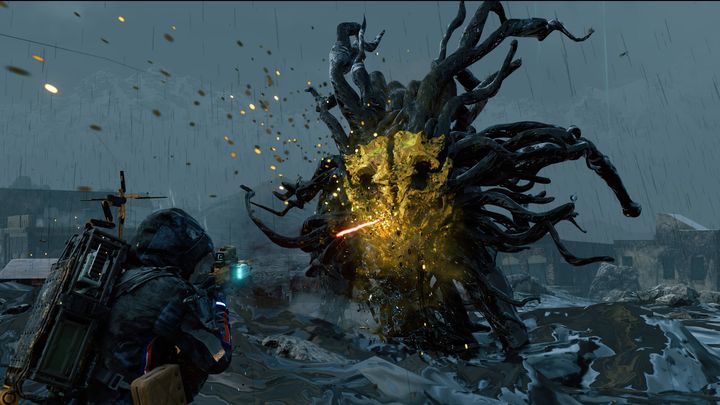 Two days ago Death Stranding found its way to PCs.

Twitter user CapFrameX decided to check how the number of supported cores and threads affects the performance of the PC version of Death Stranding. The results may be surprising for some. Hideo Kojima's game runs the smoother the more cores we give it, and - contrary to the stereotype suggesting that investing in a top processor makes no sense in gaming - the performance gains do not end with eight cores.

The test machine was a PC with Intel Core i9-10920X processor (clocked at 4.6 GHz) and Nvidia GeForce RTX 2080 Ti GPU. The cores were manually turned off before each subsequent test. The game was run at 1080p resolution, which may seem pointless with such a powerful configuration, but the idea was to create a situation where the CPU would be the limiting factor.

Note the 1% and 0.2% values, which represent the lowest recorded number of fps. In the case of 20 and 24 threads, the numbers are closer to 144 or 165, which means that by using this configuration we can achieve almost perfect smoothness on a monitor with high refresh rate (and enabling G-Sync or Freesync with LFC - Low Framerate Compensation - will certainly eliminate the few stutters that remain).

Some people prefer this kind of gaming - they prefer high fluidity in 1080p or 1440p to 4K resolution. A top-of-the-line multithreaded CPU combined with the game's DLSS technology enables us to enjoy 144 or 165 frames per second of animation even in a game as demanding as Death Stranding. Another thing is that Hideo Kojima's work is not necessarily a title to reward such an approach (there's no fast, dynamic action where precision is crucial).

The Witcher Reads Reddit. And he Cares About What You Write

U.S. Army Recruits Teenagers on Twitch and Goes Ban-happy About It