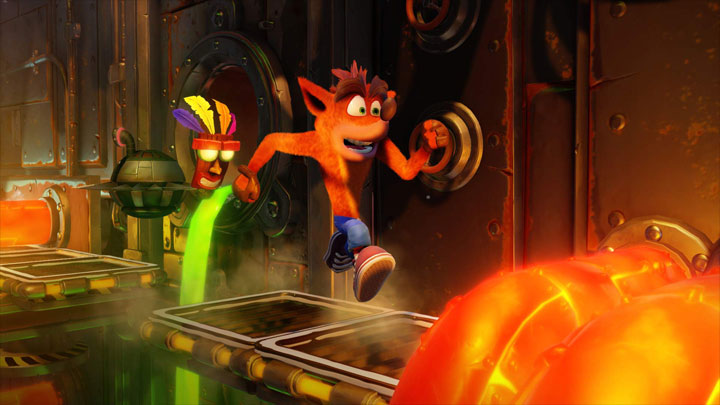 Crash's return was a great success.
CRASH BANDICOOT N.SANE TRILOGY IN A NUTSHELL:

Studio Vicarious Visions has reasons to be happy. Developed by this team, Crash Bandicoot N. Sane Trilogy has been distributed in a volume of more than 10 million copies. This result consists of the 2017 version of PlayStation 4 as well as later conversions.

This news was announced by Activision, the publisher of the game, during a conference organized to discuss the publisher's financial results.

Remember that Crash Bandicoot N. Sane Trilogy made its debut on PlayStation 4 on July 30, 2017. The game was warmly received with an average score of 80% according to Metacritic.

One year after its debut on PlayStation 4, the game was moved to PCs, Xbox One and Nintendo Switch. The production is a refreshed version of the first three installments of the Crash Bandicoot series, originally released for the first generation of PlayStation. The success of the project encouraged Activision to revamp another franchise  Spyro. This produced Spyro Reignited Trilogy, published last year on PS4 and Xbox One.

Now, fans can look for the premieres of Crash Team Racing Nitro-Fueled, a remake of the cult racing game. The refreshed version of this classic will hit PlayStation 4, Xbox One and Nintendo Switch on June 29 this year.