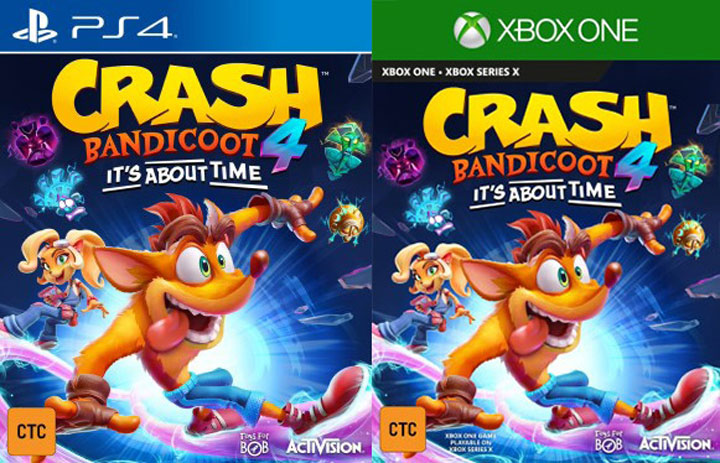 The classic series will receive a new installment.

Organizations dealing with video game age rating are often an excellent source of information about unannounced projects. The most recent example of this is The Taiwan Digital Game Rating Committee, whose database contains a reference to Crash Bandicoot 4: It's About Time, a continuation of the popular three-dimensional platform game series.

The project is to be released on Xbox One and PlayStation and is the responsibility of Toys for Bob studio, the devs of Spyro Reignited Trilogy among others. The action of the game is to take place in 1998 and revolve around the mysterious mask that Crash finds while exploring a cave. He quickly discovers that it is part of a set of quantum masks, enabling travels across time and to other dimensions.

It is worth mentioning that rumors about the new installment of the Crash Bandicoot series have been circulating on the web for a long time. Moreover, yesterday the editors of IGN shared a video with a jigsaw puzzle, which seem to start a marketing campaign to announce the new part of the series.

For the time being we don't know when Crash Bandicoot 4: It's About Time will make its debut, but it should be this year, as video games are usually sent to age rating entities when they are mostly finished. We expect that the game will be built on the foundations of the Crash Bandicoot N. Sane Trilogy collection, which includes refreshed versions of the first three games.