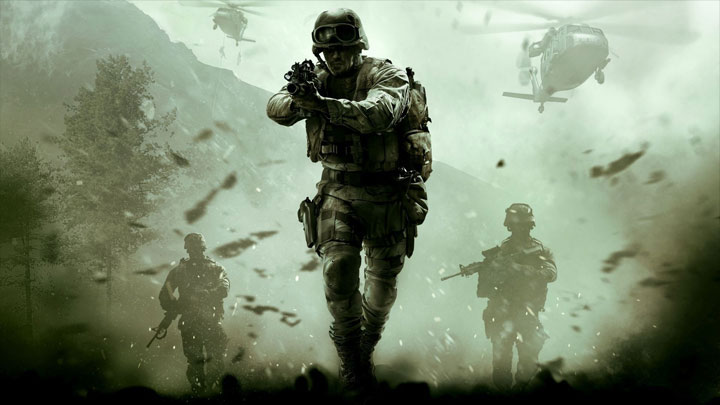 According to the rumors, Modern Warfare will be back in town this year.
CALL OF DUTY 2019 IN A NUTSHELL:

The dust after the release of Call of Duty: Black Ops IIII has finally settled and more and more fans are beginning to look forward to the next part of the series. It turns out that this year's edition of the cycle Call of Duty will be more traditional and will offer a single player story campaign.

The information was disclosed by Activision's new CEO, Rob Kostich, at a conference for investors to discuss the publisher's financial results. He stated that this year's Call of Duty will offer a story campaign, multiplayer battles and co-op games.

Currently, however, it takes three years to produce each part of the series, so if Activision intends to draw conclusions for the whole franchise from the success of Call of Duty: Black Ops IIII, it will probably take a lot of time to implement them. This year's edition is already at such an advanced stage of work that it would be difficult to introduce radical changes at this point. In addition, the publisher may want to allow the fans a little rest from the battle royale mode, at least until 2020.

Interestingly, Activision expects that this year's Call of Duty will have a worse debut than Black Ops 4. The publisher warns investors that the next edition will sell less, at least in Q4 2019.

Let's remind you that this year's part of the series is being created by Infinity Ward. Little is known about the project so far. Last year there were speculations that it might be Call of Duty: Modern Warfare 4. Last month the creators started releasing short teasers, but for the time being it is difficult to deduce anything tangible from them.