CD Projekt RED boasted new sales figures for Cyberpunk 2077. They show that the game has reached the hands of more than 20 million players. It must be admitted that this is quite a magnificent result.

The clues suggestting that Cyberpunk 2077 is doing well had been appearing for a month or so. In early September, the developers reported that the game was selling excellent on current-gen consoles. This situation was due to the February release of a dedicated update. 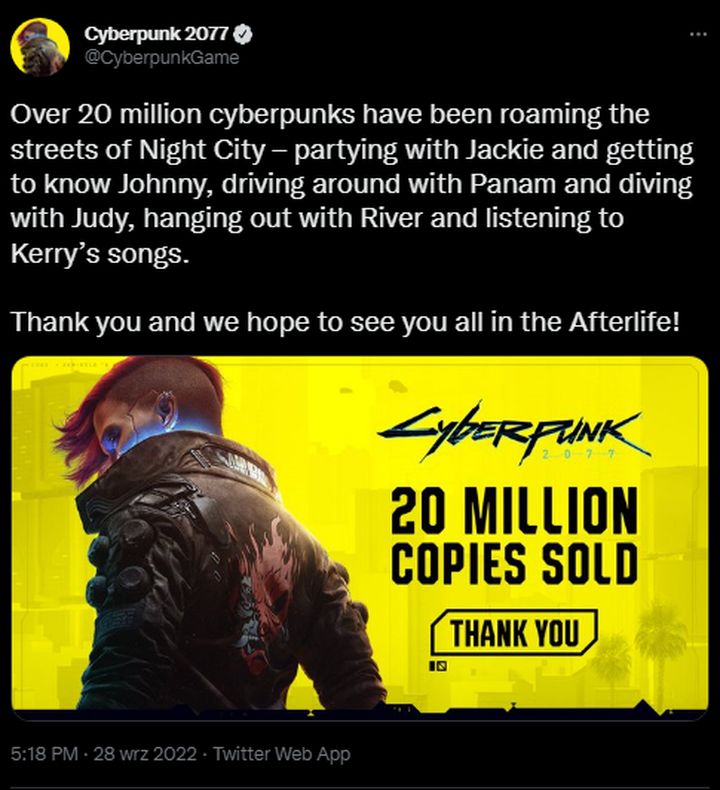 Moments later Cyberpunk 2077 reached the bestseller list on Steam. In this case, it was due to two reasons. The first is the undisputed success of Cyberpunk: Edgerunners. The anime instantly became one of the most watched items on Netflix. On the wave of the show's popularity, many people who had no previous exposure to the game may have been tempted to buy it. The second, however, is the recent release of update number 1.6 and the announcement of major DLC titled Phantom Liberty.

Cyberpunk 2077 debuted on December 10, 2020. The launch was accompanied by huge technical problems - especially in the versions for last-gen consoles. However, the developers have not abandoned the game and are successively fixing and expanding.

Lack of Dungeon Finder in WoW: WotLK Classic is a Problem for Fans