CD Projekt Red has been making games for sixteen years now and there are three Witcher RPGs in their portfolio (excluding Gwent for the moment, since its a card game), in which we always watched our protagonist from the third person perspective. Thats why we could safely assume that the Warsaw-based studio will keep that feature in their upcoming title, Cyberpunk 2077. As we unofficialy found out, this time the thing will be completely different and the game will actually be a FPP game with elements characteristic for role-playing games.

If the abovementioned information turns out to be true, were in for a serious treat. Cyberpunk 2077 in a first-perspon perspective would be a direct competition to games like System Shock, Prey, and most of all  Deus Ex that always bathed deeply in cyberpunk. Looking back at CD Projekt Reds gamedev achievements, we dont suspect the game to be a regular shooter, but rather an action game full of RPG elements that will offer the players many ways of solving problems; basically, it should be closer to Deus Ex: Mankind Divided than BioShock. Our source also confirmed that both CD Projekt studios  based in Warsaw and Cracow  are hard at work, with the latter currently focusing on a fragment of the game, the action of which will take place on the Moon. The game is supposed to be fast-paced, and one of the features that the studio is working on is wall-running, similar to the one we already saw in Titanfall games. 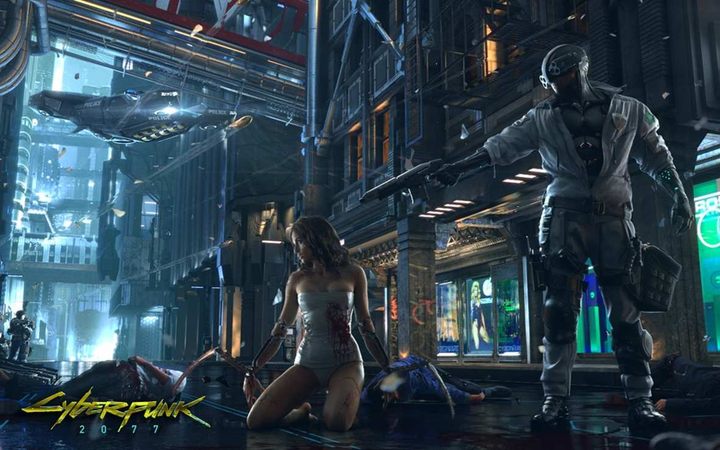 Its been a long time since CD Projekt Red showed us a teaser trailer for Cyberpunk 2077 for the first time. Luckily, it seems were getting closer to release.

Back in January, we also got our hands on information that CD Projekt Red will be coming to E3 with a trailer of Cyberpunk 2077 and a playable demo that will be presented at closed showcases for journalists. The closer we get to the event in June, the more bits and pieces of information can we expect from the developers of The Witcher series unless they want to keep everything as secret as possible. Hopefully, well see the game in action in just under two months.