Darkest Dungeon: The Crimson Court, the first expansion to a successful dark-themed dungeon crawler from 2016, has received an exact release date – or at least its PC version has. The DLC is going to launch on Windows PC, Mac and Linux on June 19, 2017 at the price of $9.99, Red Hook Studios informed on Darkest Dungeon’s official website. The release on PlayStation Network (PlayStation 4 and PlayStation Vita) is not yet set in stone, but the developers are aiming at the following month. 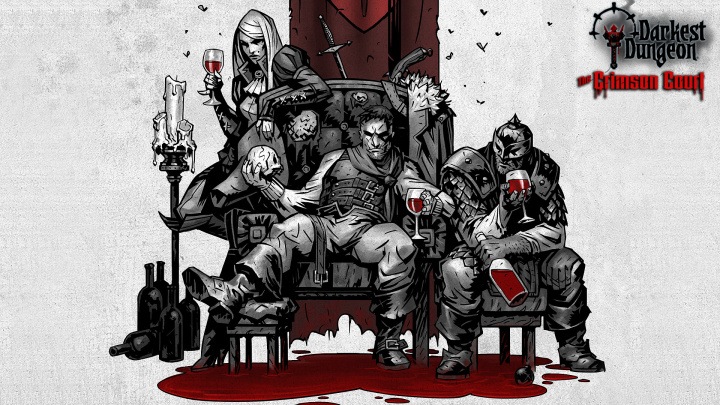 The Crimson Court will most likely focus on vampires.

While the guys at Red Hook are not yet eager to reveal all their cards, so far we’ve learned that The Crimson Court DLC is going to introduce a new character class, which is most likely going to be a vampire – at least that’s what the official arts and description suggest: “Awash in blood and delusion, they bear the burden of a thousand lifetimes”. Besides, we can expect a new faction of enemies, a huge new dungeon region with four challenging bosses to defeat and another wandering boss as well as districts, i.e. prestige buildings offering permanent bonuses for your estate.