More and more gamers are getting emails from Sony, informing that this Wednesday will see another edition of the annual Days of Play event. As always, this will be a great opportunity to pick up discounted PS4 and PS5 games - both boxed and digital via the PS Store - or PlayStaton consoles and accessories. 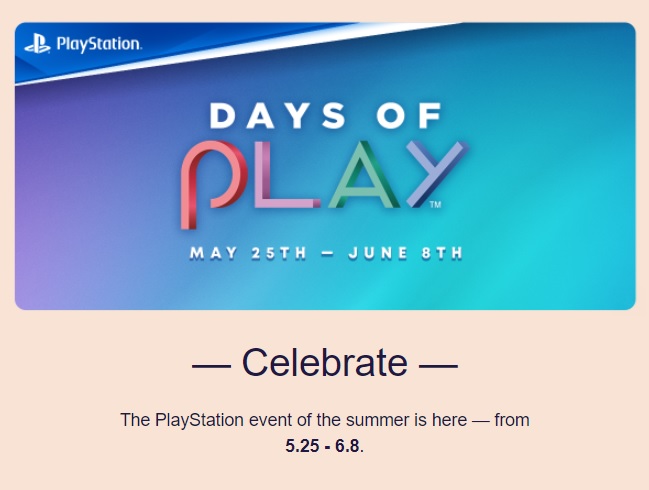 This year's edition may be all the more interesting, as the triple-option version of PS Plus launches on June 22 (see box). So should we expect a discount on prepaid cards for the old version of the subscription, which later will be converted? Or maybe Days of Play 2022 will be a good opportunity to introduce their new type ? We will find out already the day after tomorrow. What is important, the event will run through June 8, so it will end before the launch of the three-variant PS Plus.

In late March, Sony announced "its own Game Pass," an expanded version of its existing PS Plus subscription. It will be available in three price variants that differ significantly in their offerings. Details can be read in the news below: