Yesterday, the Roots of Dread, the 24th chapter to Dead by Daylight, has been released. Along with it there is a new map, survivor called Haddie Kaur and killer called The Dredge. Below you can find detailed description of the new monster.

Who is The Dredge?

The Dredge is a killer of undefined shape. He resembles a conglomerate of flesh, bound together by dark energy. It was created as an embodiment of the evil thoughts of members of the peaceful organization known as the Homestead. 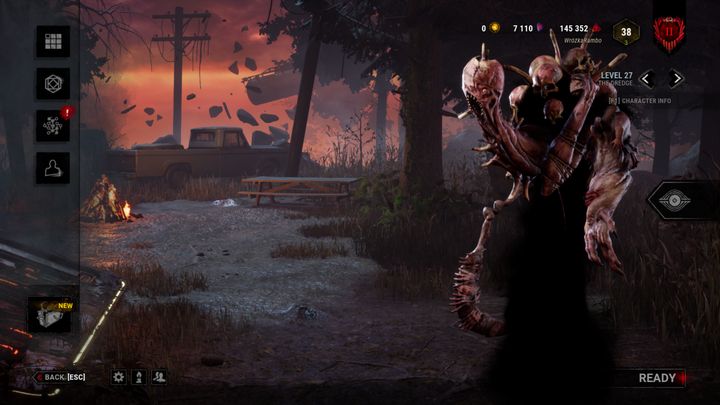 The character of The Dredge may evoke some associations with the Boogeyman, a mythical creature from English folklore. Both characters have no definite shape and hide in the darkness.

The basic ability of The Dregde is teleportation between cabinets scattered around the arena. This enables him to efficiently move around the map. With this come several new interactions specific to this killer. 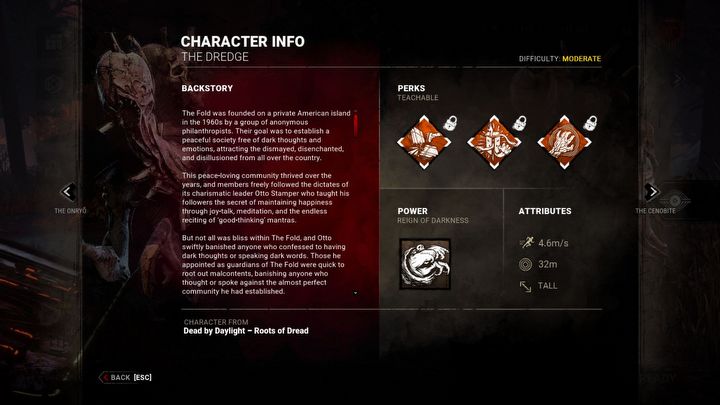 A Remnant appears in the area where the loading process begins. It can be revisited until the survivor enters it or you choose to teleport to the indicated cabinet. This provides some opportunities to counter difficult loops.

The special ability of The Drege is Darkness. Every blow dealt to a survivor or hanging them on a hook causes the darkness meter to start refilling. Once it reaches the required value, near total darkness will engulf the map, and the survivors must navigate in. By default, Darkness lasts for 60 seconds.

Active Darkness also grants the following bonuses to The Dredge:

In keeping with tradition, three perks skills have also made their way into the game along with the new killer. Initially, these are only available to The Drede. After you advance him to the appropriate levels, these perks will be able to be unlocked in the other killers.

The Last of Us Remake Also on PC? Rumor Suggests Imminent Release

Ban Diablo Immortal; Community the Game Out of Reddit

BF 2042 Left to a Handful of Poeple; Battlefield 7 Gets Priority

Ban Diablo Immortal; Community the Game Out of Reddit