Deep Rock Galactic is a co-op shooter, in which players take on the role of dwarven miners extracting resources on various planets and facing the beats that roam them. The game appeared in Steam's Early Access in February 2018, and in May 2020 its full version debuted on PC and Xbox One. The title has already found more than two million buyers, and as the creators at Ghost Ship Games inform, just two hundred thousand copies would have been enough to break even and secure funds for next project. So we can definitely say it's a great success for their debut game.

But there's more interesting facts associated with Deep Rock Galactic. In breaks from opening more champagne and celebrating, the developers have prepared an infographic in which they share interesting information about their work.

The highest number of copies, as much as 1,180,595 units, were sold in 2020, when the full version of Deep Rock Galactic launched. Thus, compared to 2019, when 404,213 copies were bought, its sales have almost tripled. In 2020, the title was among the hundred best-selling items on Steam; what's more, the game often topped the sales lists.

On average, players spent a little over 31 hours with the game on Steam (the median is a little more than 8 hours). In 2020, the average session lasted 88 minutes, while the year before - 77. In total, all buyers spent on it a total of 7478 years. 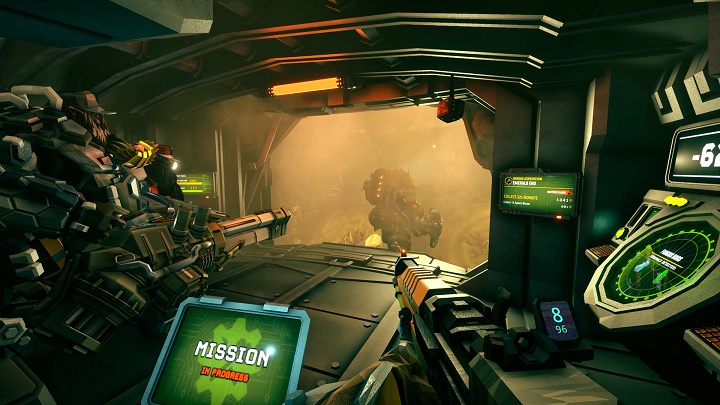 Players have grown very fond of dwarves with big guns.

Let's move on to the most interesting numbers related to Deep Rock Galactic. In 2020, players died 106 million times in the game. Interestingly, 88 million of their deaths ended in revival, allowing them to return to the game. Let's press F for those who were among the remaining 18 million deaths...

What was the most common thing that killed players in 2020? It was... fall damage (nearly 21 million fatal plunges were recorded). Among the opponents, the most deadly was Glyphid Grunt, who killed almost 10 million times. An interesting fact is that nearly 7.5 million players died from... friendly fire.

Finally, a word about the ratings and reception of Deep Rock Galactic. On Steam, the game has received almost 57.5 thousand reviews, 97% of which are positive. This allowed it to rank 42nd among the best-rated games on the platform, and 8th among the best-rated games of 2020. The title has over a million followers on Steam, while the game's server on Discord has over 189 thousand users.