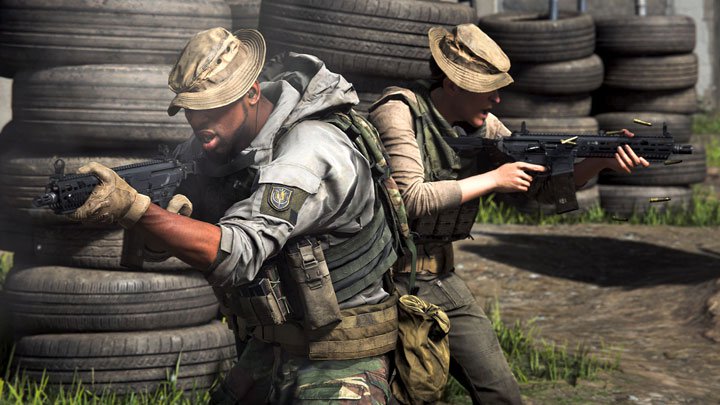 Details of the Spec Ops mode will be revealed on October 8.

Yesterday we wrote that for the first year after launch Call of Duty: Modern Warfare's Survival variant of the Spec Ops mode will be available only for PlayStation 4 owners to enjoy. It will come as no surprise to anyone that these reports met with a very negative reaction from the community. Many fans threaten to boycott and criticize the greed of the creators. The official sub-reddit of the game was flooded with the voices of disappointed players, which forced developers to comment on the matter.

The developers emphasized that only the Survival variant will be exclusive for PlayStation 4. Other elements of the Spec Ops mode will be available on other hardware platforms. At the same time, they assured that they worked hard to make Call of Duty: Modern Warfare the best part of the series.

Of course, such a comment did not satisfy anyone. A much more interesting comment was given by Taylor Kurosaki, who is responsible for the stories appearing in games from Infinity Ward. He said that decisions about exclusives are made above the pay grade of developers, and even those as high up as him, do not have much influence on them.

Kurosaki's statement may suggest that it was the game's publisher, Activision, that decided on a temporary exclusivity of Survival Spec Ops. It is worth remembering that the company has a contract with Sony under which PlayStation 4 receives various exclusives in from the Call of Duty franchise. For several years, this resulted in the release of map add-ons on PS4 a month before other hardware platforms. In contrast, for last year's Call of Duty: Black Ops IIII, PlayStation 4 owners only received new content seven days earlier than the rest of the community.

Most likely the developers didn't have much choice and had to give the PS4 something exclusive. The choice fell on Survival Spec Ops. It is worth noting, however, that Call of Duty: Modern Warfare is the last game to be covered by the Sony contract. We can only hope that in case of next year's installment the publisher will not sign a similar deal.

GeForce GTX 1660 Super May Launch in a Few Weeks