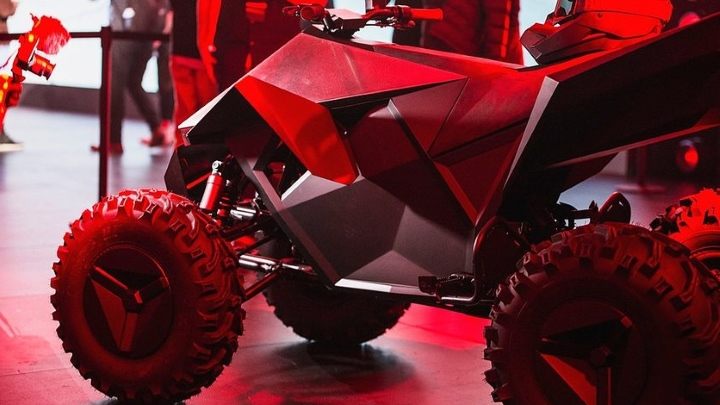 This is the original Cyberquad.

Last November, Elon Musk presented a futuristic car - the Tesla Cybertruck - which became an instant meme. The pick-up was not the only attraction of the presentation. Smaller waves were made by the futuristic Cyberquad, or electric off-road quad, which is to be an accessory to the aforementioned truck. Still, however, no more detailed information related to this vehicle was given, such as the release date and price. The Internet, however, picked up Tesla's challenge. A series of videos appeared on YouTube, on the Rich Rebuilds channel, in which a copy of the Cyberquad is being built from scratch. The whole process is also briefly shown on one video, which you can see below.