Garena has announced that it has partnered with the famous Brazilian DJ, known as Alok. This will allow him to appear as a playable character in Garena Free Fire, a shooter available on mobile devices. In addition, Alok himself will compete in the Free Fire World Series 2019 championship, which will take place in Rio de Janeiro on November 16 (Barra Olympic Park, where the twelve best teams from around the world will compete for victory), where he will perform an exclusive set.

However, this is not the end, as part of the income from the sale of content related to Alok will be spent on the education of neglected Brazilian (though not only) youth. In cooperation with the Indonesian YCAB Foundation, both entities intend to help young people acquire "the necessary skills and knowledge to take advantage of opportunities in a fast-growing digital economy". 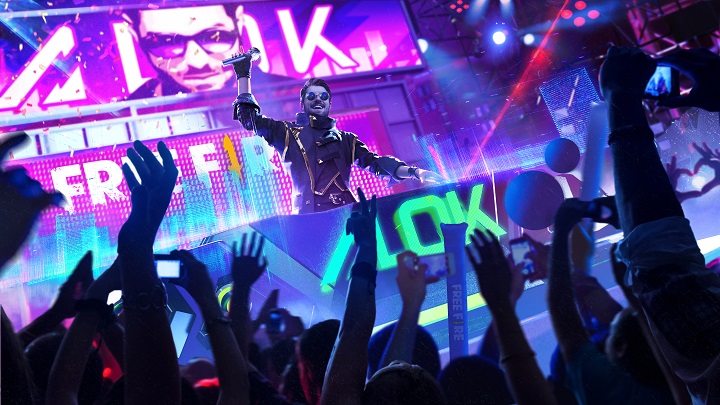 In Garena Free Fire Alok will be responsible for entertaining us when waiting for the beginning of the matches, healing wounded allies and buffing their speed; he will also compete in the tournament by himself.

Before we move on to discussing the features of Alok as playable character in Garren Free Fire, let's give the floor to the man himself, who declares that he is not only a musician, but also a passionate gamer:

As a huge fan of Free Fire myself, I am truly delighted to be a part of its universe. I cannot be more excited to bring my music to the millions of players in the game and to further excite our fans.

In Garine Free Fire Alok will receive a unique outfit and accessories set, as well as an area-of-effect skill that enables him to heal nearby team members and boost their movement speed. In addition, before the start of the game, his character will play the song Vale Vale in the lobby (a new PV for the song is waiting for you below) and his characteristic dance can be used as an emote.

Let us remind that Garena Free Fire is a multiplayer battle royale shooter, which from 2017 can be check out on smartphones and tablets with iOS and Android systems. The game boasts 450 million registered players, and in the second quarter of 2019 it was the most downloaded game of this type in Google Play and App Store. DJ Alok was ranked 11th in the world's best DJ ranking according to DJ Mag magazine.