Don't Starve: Shipwrecked will make a debut on PC as a Steam Early Access Game on December 1. On Klei Entertainments official forum the developers say the upcoming DLC to the wacky survival game is fully playable, though still not complete. Initially, the title will offer new seasons, creatures, biomes, and some new ways to die. More content and bug fixes are promised to be appearing over time in regular updates. It is noteworthy that at first world migration will not be possible, but this feature should be ready before the full release. It is possible that at some point in the future Shipwrecked biomes will be playable in co-op mode  devs called it an awesome idea. 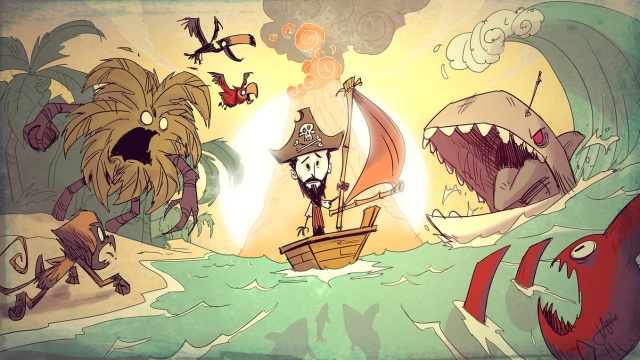 Can you survive getting shipwrecked? (source: Klei Entertainment)

Don't Starve: Shipwrecked is being developed by Capybara Games, who are co-working with Klei Entertainment, the creators of the original Don't Starve and its two large expansions Together and Reign of Giants. Shipwrecked will invite players to a dangerous archipelago, where everything will be trying to kill them (even palm trees, according to the artwork posted by creators). Interestingly, the DLC is going to introduce a means of transport, as we will be using a boat to travel between islands.