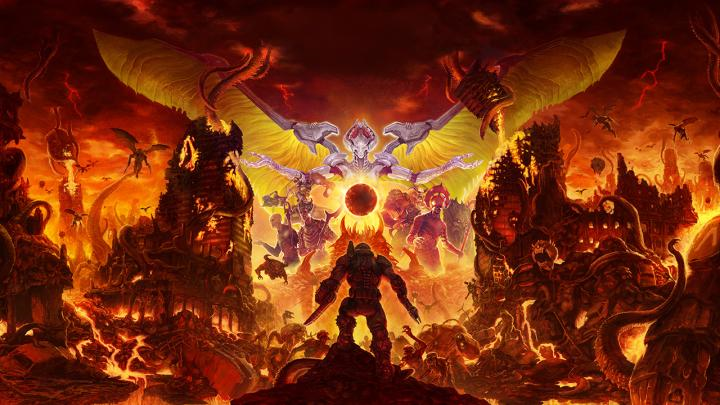 We'll not return to hell until the second half of March 2020.

Unfortunately, we don't have good news for fans of the iconic shooter series from id Software. The release of Doom Eternal, one of the most anticipated games of the year, will take place later than originally planned. The title was to be published on November 22, but it will not be released until March 20, 2020. So we're talking about almost six months of delay. The information is quite surprising because the game was supposed to come out in just a month and a half and most players probably expected it to go gold rather than be postponed.

The devs themselves admit in the announcement that they decided to extend the development process and release Doom Eternal in a perfect condition to meet all expectations, including those of id Software's employees. These are certainly not low after the very warm reception of the 2016 installment by both players and critics.

id Software also revealed that the Invasion mode, in which a player - playing as a demon - will be able to join another user's game, will appear as part of the update shortly after the release of the game.

As a consolation we received information about Doom 64, which will be available not only on Nintendo Switch, but also on PC, PlayStation 4 and Xbox One. What's more, it will be a free addition to Doom Eternal pre-orders. The release date of the title was also set for March 20, 2020.

The latest news concerns the Nintendo Switch console. Its owners will receive Doom Eternal with a delay - but at the moment it is not known how big it will be. Finally, Doom Eternal will be released on PC, PlayStation 4 and Xbox One.