Crunch is a very delicate subject, and the phenomenon itself is often considered to be something bad. It is a period when developers are forced to work overtime, often seven days a week, for several weeks in extreme cases. However, not everyone perceives it so negatively. Recently, in a The Joe Rogan Experience podcast, the host interviewed the creative director of id Software - Hugo Martin. Considering that the studio's Doom Eternal will be released in just 3 days, it is not surprising that the subject of many hours of work appeared in the interview. The developer made it clear - he's no stranger to work marathons.

Hugo Martin admitted that he was prepared to be asked about the crunch. He says it's not necessarily something bad, and he works practically all the time. But he doesn't want to call it a crunch, he rather speaks about his way of life. Nobody forces him to stay in the office after hours. The developer describes his daily routine, where he finds time for exercise and children, but most of his schedule is filled with work. The word work itself is a broad concept here, however, as it is not just the process of creating a game. Martin also devotes a lot of time to "absorbing" pop culture - reading comic books and playing, which helps him later in creating his own productions. Something that is an escape for many, for him is part of his duties. 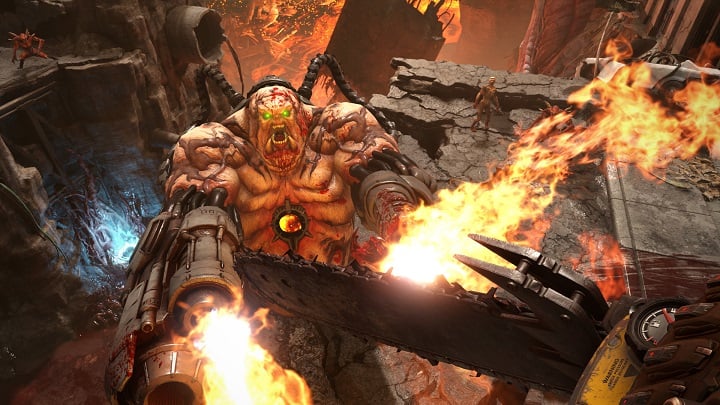 Slayer also works hard at killing demons, and nobody accuses him of crunching.

John Carmack, one of the founders of id Software, has a similar opinion, but he no longer works for the company. In a podcast for the same program, The Joe Rogan Experience, he also shared his opinion about crunch. His statement strikes a similar tone to that of Hugo Martin. Carmack said that creating games is not just a job - it's a passion; it's only with this attitude that developers are able to create valuable games. He also doesn't believe in the fact that someone can force a good employee to work after hours, because no one will fire someone whose input is very valuable. He does not deny, however, that in larger companies crunch can be a big problem, but he is not a supporter of laws limiting the number of working hours.

The subject of crunch has been raised repeatedly on our website. It is often presented as something negative, as in the cases of Mortal Kombat or Fortnite. Sometimes we see it in shades of grey, as in the case of The Last of Us 2, and sometimes it is presented as a necessary evil, as was the case with the development of Cyberpunk 2077. The creators of Doom Eternal also admitted that they had to resort to crunch. However, there are rarely voices that the phenomenon may not be as bad as they paint it. It seems that the common denominator of both statements above is "passion" and "way of life". This is something to think about.

Apple Gets Landed With a Billion Euro Fine