As weve known for a couple of weeks, BioWare is not done yet when it comes to enriching the story mode of Dragon Age: Inquisition, having so far released just one add-on (Jaws of Hakkon). Today we received another proof, following the declaration on the topic Mike Laidlaw made at the beginning of June. The developer sent out a survey to the fans, which included a proposed outline of the future expansion that will be available "for USD 14.99", and a question of whether they would be willing to purchase such a DLC. Below you can find the content of this e-mail. Keep in mind that the plot of the possible extension would take place after the events of the core versions story, so beware of spoilers (although I myslelf havent completed Inquisition and I assure you that there is basically nothing there that could spoil the fun). 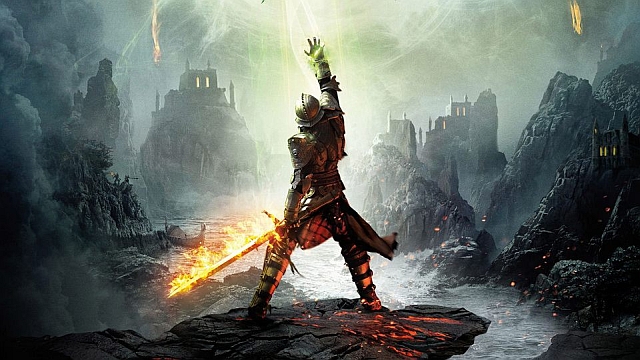 It seems that the second story-based add-on will tie up some loose ends form Dragon Age: Inquisition.

Having saved the world of Thedas by closing the Breach, your next mission will determine the future of the Inquisition. Your mark suddenly glows, erupting with magic connected to the Fade. Assassins attack in shadow. An invasion of enemies begins. Win a race against time to face a great evil before it is too late. In this story-based expansion you will embark on a last adventure with your team to confront the one who started it all.

Among the features proposed in the DLC we can find the fight against Qunari, exploration of large areas across the whole of Thedas, uncovering the secrets of the Fade that will change our understanding of the world presented in the Dragon Age series, and proving our skill in the new gameplay mode designed to challenge even the most seasoned veterans.

So far, theres been no more solid information. The phrase "last adventure" drew our attention, implying that the support for Inquisitions solo campaign would be completed with only two add-ons released. On the other hand, the above description seems to suggest that the extension will be much more content-packed than the not-so-enthusiastically received Jaws of Hakkon, so the two DLCs might be actually sufficient. Especially promising is the mention of areas we will visit throughout Thedas. Im pretty sure this could mean transferring the plot from Orlais and Ferelden to realms such as Nevarra or Tevinter which were originally spposed to be featured in the core game, but were eventually cut out. More speculation can be found on the developers Reddit forum, where fans are busy coming up with thorough analyses of the discussed e-mail (warning  its full of spoilers).

Lets keep in mind that these are just various ideas for the DLC that BioWare is working on. The add-on might seem polished and complete as well as promising, since such an extension would presumably include the elements that were lacking in Jaws of Hakkon, but for now its best to curb our enthusiasm (or lack thereof). Lets wait for the final decisions of the developer that will be officially announced based on community response to the survey.