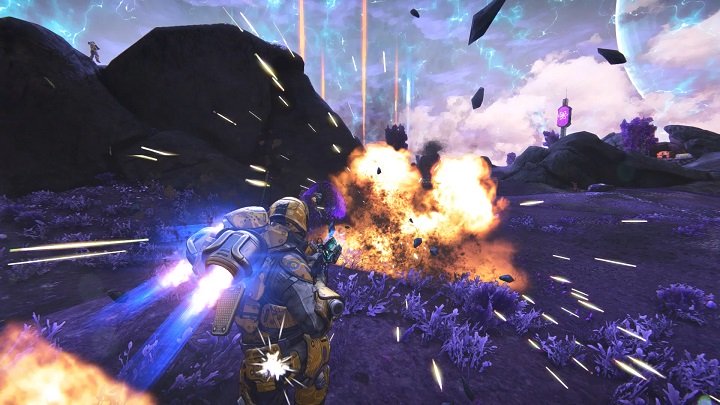 An ambitious idea isn't everything. The team at Daybreak Game Company lerned it the hard way, being forced to end its support for PlanetSide Arena. The side installment of the PlanetSide series went to Steam's Early Access on September 18, but is quickly lost the community's interest and already in mid-October less than a hundred people played the game every day (via Steam Charts). It would be painful for any production, let alone for a game whose main attraction was to be huge battles with the participation of up to 300 fighters. This is also the reason given for the decision to abandon the title, provided in the announcement on Steam. PlanetSide Arena servers will be closed on January 10 at 5 PM (PT).

It should be added that the devs plan on giving refunds for all expenses on the game. This includes not only the purchase of PlanetSide Arena itself, but also microtransactions (which, of course, are no longer available). So if you have had the misfortune to invest in this production, you should automatically receive the amount you are entitled to in your Steam wallet. The creators are left to focus on the development of PlanetSide 2, as well as on the planned continuation of the project. Unless, of course, the financial situation makes it difficult for them to do so after the spin-off's flow, which is unlikely to see the announced PlayStation 4 release in the near future.