Enlisted has received another major update and new content, although the latter is only available as part of yesterday's closed beta of the Battle of Tunisia expansion, in which the British and Italian armies enter the battle (with the support of the German Afrika Korps). You can watch the beta trailer below.

The expansion takes players to North Africa, where they fight in a large city with a market square as a key location and in a ravine with a picturesque river. The closed beta gives immediate access to all core troops, including engineers using Armaguerra Mod. 39 semi-automatics and snipers equipped with Lee-Enfield No.4 MkI (T) rifles. British and Italian soldiers bring with them a lot of new weapons, vehicles, etc., and after the end of testing the developers will add even more content, including more missions.

Of course, access to the beta is not free. To take part in the closed tests, you must purchase Battle of Tunisia bundle - at the moment discounted to 48.99 euros. At first, the progression system will be disabled, but we will be able to check it out during the second stage of the beta. 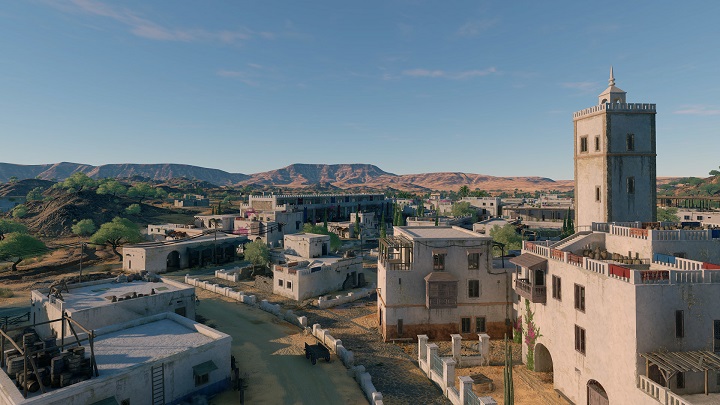 A trip to Tunisia is the next attraction in Enlisted.

Apart from the expansion, Darkflow Software has also prepared a big update for Enlisted. It adds, among others, a shovel, thanks to which we can create our own covers and barbed wire, A smokescreen from artillery, and a modified bomb blast damage system (the explosions of which won't put as much of a strain on our PC or console as they used to). In addition, aircraft have been modified to make them easier to shoot down, and various technical (including AMD FidelityFX Super Resolution support) and gameplay improvements have been made. The full list of changes can be found in the developers' post on Reddit.