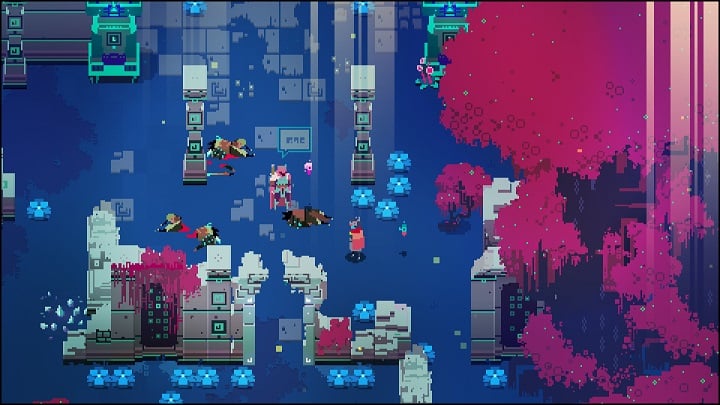 Unfortunately, in Hyper Light Drifter you will not be able to use the cloud game saves anymore.

Only yesterday we informed that new features have been added to Epic Games Store. Several games have received cloud saves support, integration with Humble Bundle and Humble Store has been added and the appearance of games cards has been refreshed. We have also received information about the changes that will appear in the store in the next few months. But not everything went according to plan. Epic Games Store has just informed the players, via Twitter, that Cloud Saves feature for Hyper Light Drifter will be disabled because it doesn't work properly and causes launcher crashes.

Initially, the option was only to be suspended for a while until the developers deal with the problem. It turned out, however, that the error is much more serious than expected and the cloud saves feature for Hyper Light Drifter was completely disabled. This had no effect on the local game saves, but all the data saved online was lost. As you can guess, it did not meet with enthusiasm from the players. This is the only case at the moment, and Epic Games has promised to do its best not to repeat the problem in the future.

It is also worth mentioning that currently Hyper Light Drifter and Mutant Year Zero: Road to Eden can be added for free to your collection on Epic Games Store. The offer is still available until Thursday, and the next free title will be an arcade platformer - Fez.