In recent weeks a large part of public opinion has been living with controversies over the way in which the war was portrayed in Call of Duty: Modern Warfare, which was announced at the end of May. However, they concern primarily the single-player campaign, and there is no shortage of fans of this iconic shooter series, who are interested primarily in multiplayer. It's time to satisfy at least some of their curiosity and take a closer look at leaks published on the Twitter account of Call of Duty Modern Warfare News. They are related to the still popular battle royale mode. The mode is expected to appear on the day of the game's release, but it is possible that it will debut at a later date.

Battle royale in Call of Duty: Modern Warfare is, of course, about remaining the last living person on the map. However, it will not be easy. According to leaks, up to 200 players will be able to fight in one match (although so far the format has been tested only with 152 players present on the server). They will be dropped from an AC-130 on a map three times bigger than the one known from Call of Duty: Black Ops IIII's Blackout mode. It is supposed to be diverse - there will be both open spaces and indoor locations. The area of the map will be gradually reduced by a cloud of poisonous gas. 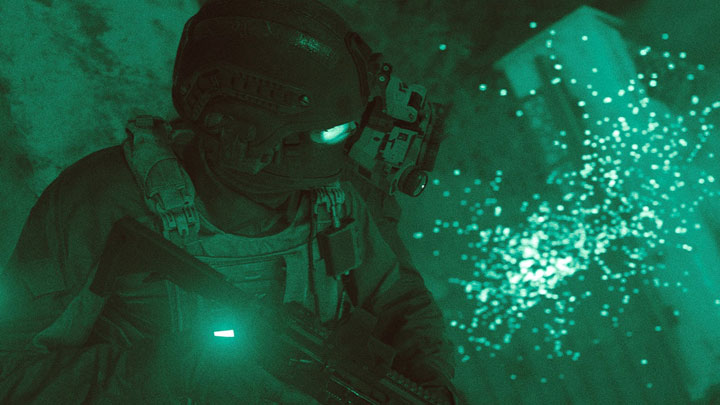 Will a battle royale mode be present in Modern Warfare? We'll see about that soon enough.

In the alleged battle royale mode in Call of Duty: Modern Warfare there are also some supply airdrops, cash system (which most likely we will be earning and spending on progressively better weapons, divided into several tiers), possibilities of resuscitation and other "elements from previous games of the Modern Warfare series". The leak also states that Infinity Ward took various cooperation missions from the game and mixed them with each other. However, it is not entirely clear what exactly this may mean. Perhaps the classic battle royale competition will be enriched with some special tasks, requiring us to join forces with our rivals.

Call of Duty: Modern Warfare will debut on PC, PlayStation 4 and Xbox One on October 25, this year. The title will run on a new graphic engine, prepared by the Polish branch of Infinity Ward. More details about it can be found in this message.