Epic Games continues its expansion across the video game industry. Today, the company announced that it intends to enter the publishing market, as Epic Games Publishing, with a bang. Why the 'bang'? The company will publish games currently being developed by Remedy Entertainment (the devs of such games as two installments of the Max Payne series, Alan Wake, Quantum Break and Control), Playdead (whose portfolio includes such bestsellers as Limbo and Inside) and GenDESIGN (founded by Fumito Ueda, the "father" of Ico, Shadow of the Colossus and The Last Guardian).

First of the teams has already shared preliminary information about its new projects (not one, but two titles), while the second has published an enigmatic teaser of its upcoming work. But before we go on to discuss them, let's take a look at the video published by Epic Games Publishing.

Devs of Max Payne are preparing two games. One of them is 'multiplatform AAA class game', which is currently in the pre-production phase. On Twitter, Sam Lake, creative director at Remedy Entertainment informed about the most ambitious project in the history of the studio. The second work from this team to be published by Epic Games Publishing will be a smaller position set in the same universe.

Both games will use the proprietaty Northlight technology (known from Control or Quantum Break) and launch on both personal computers (it's hard to imagine them appearing anywhere outside Epic Games Store) and next-gen consoles. While Epic Games Publishing will cover all the costs associated with their development, Remedy Entertainment will receive half of the profits, retaining all rights to the created franchise. The same conditions were offered to each of the developers. 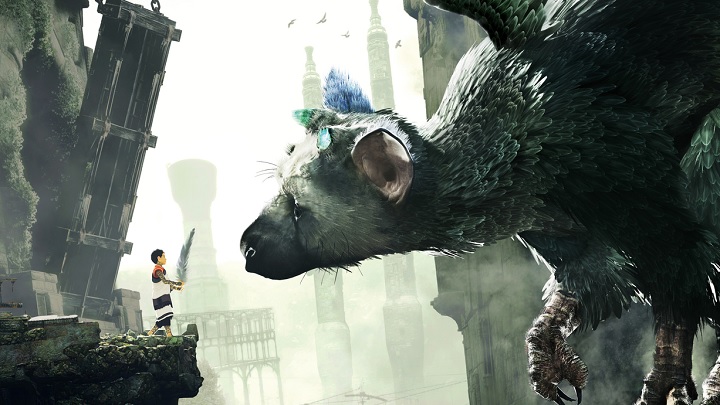 The new game from the devs of Ico, Shadow of the Colossus and The Last Guardian remains a mystery.

Playdead presented a fifteen-second, almost completely static video. Although there is not much content in it, it suggests that once again we will get an atmospheric platform game with unique, almost monochromatic visuals characteristic for this team. Anyway, look for yourselves:

The work of the independent Japanese studio genDESIGN remains a mystery. In early 2018, the team released the first image that can be linked to the project. A few months later, Fumito Ueda admitted that his team is 'testing prototypes and polishing the foundations of the planned gameplay mechanics', and the project he is working on will match the scale of his previous achievements. It's also worth noting, that Ueda and his team's collaboration with Epic Games Publishing is another confirmation (after he's decided to 'get a place of his own') that the game he's working on will not be exclusive to PlayStation 5 (which doesn't mean it won't show up on Sony's console at all).