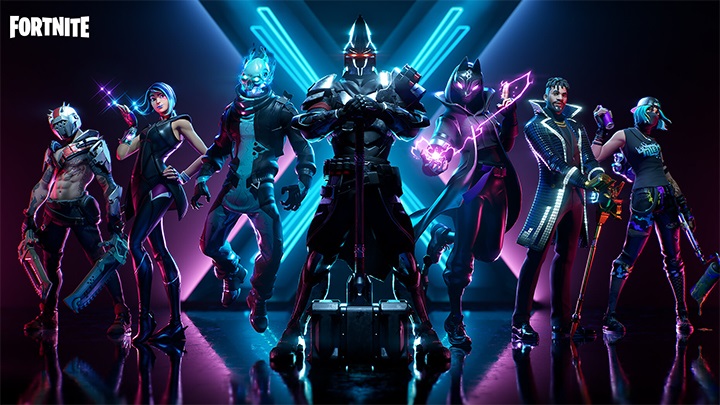 The court battle between Fortnite and Apple is in full swing. The judge granted Epic Games' petition and, while the the court settlement of the dispute between the companies is pending, Apple cannot deny developers access to the tools and development accounts of its products. But that's the end of good news for Epic Games. Fortnite will not return to the App Store for now.

How did it come to this?

The war swparked by Fortnite began two weeks ago. Where did it start? With Epic Games' clever idea to dodge the App Store's 30% revenue share and allow players to buy V-bucks cheaper. In response, Apple removed the popular Fortnite from the App Store, arguing that Tim Sweeney's company broke the rules. However, Epic Games was ready for this and responded with a lawsuit requesting Apple and Google to change the rules - not only for Fortnite, but for all developers. This is supposed to be part of the crusade against the companies' monopoly on mobile devices.

In the following days, Epic Games advertized its war with Apple using the #FreeFortnite hashtag. The company also published a short animation and organized a special event in the game, where we could get the skin of Tart Tycoon - with the face of a sad apple. Support for the company's activities was shown not only by the players, but also by Microsoft. Although the Redmond giant is charging the same margin in its store as Apple, it didn't stop it from defending Epic Games, which was to lose access to development tools. The end of the partnership, announced for August 28, would have prevented any games using the Unreal Engine from being published on Apple's platform. Epic Games intervened and filed another motion to the court.

What did the court decide?

According to Polygon, Judge Yvonne Gonzalez Rogers has decided to partially agree with Epic Games petition. She pointed out that so far the company has not presented sufficient evidence against Apple, but the policy of App Store raises many doubts. However, Epic Games proved that the decision of the manufacturer of phones caused irreparable damage to the Unreal engine. On this basis, the judge decided to order Apple to make accounts and development tools available again. She stated that companies have the right to fight among themselves, but not at the expense of third parties, in this case independent developers, who would lose a lot in case of potential problems with Unreal Engine development. In conclusion, Until the court battle is concluded Fortnite will not return to Apple store, but other games using the technology will not be threatened. The sentence came into effect with immediate effect.

The next sitting on the matter will be held on August 28. Epic Games will ask for increased protection for its apps during the trial.

Fans Prove That Avengers Should Get a Snyder Cut Too