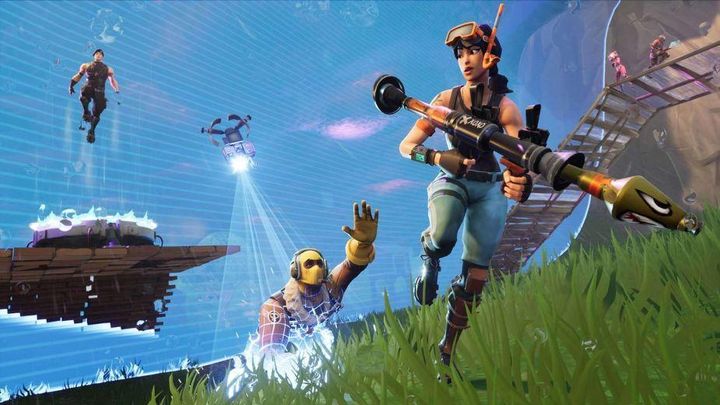 Epic is not afraid to play with fire.

The cult of money is one of the true curses of capitalism. This time the desire to make money was shared by two powerful companies - Epic Games and Apple. You can find a detailed description of the conflict here, and we have written about its further development here. In short, Fortnite was removed from App Store and Google Play because the devs of Fortnite blocked payments for in-game currency through Apple's payment system. The case continues in court.

Tim Sweeney's company decided to take advantage of the popularity of its battle royale and made it into another platform to publicize the whole dispute. On August 13 a short animation referring to Nineteen Eighty-Four by George Orwell was published, in which the players were urged to take action and oppose Apple's monopolistic drive. In connection with the action, the #FreeFortnite tag was created, which quickly became the title of a new timed event in this multiplayer game.

The #FreeFortnite Cup will start tomorrow, August 23, the hours depending on the region. During these few hundred minutes, the players will be able to score points for activity time, kills, and victories. The highest scores will yield attractive prizes - including the special Tart Tycoon outfit (with the face of a sad apple in sunglasses), themed hats available in physical form, as well as gaming laptops, PlayStation 4 Pro, Xbox One X, and Nintendo Switch. The entire set has been described by Epic as "app-ealing outfit, swag, and hardware!".

According to the devs, taking part in the event is to be a form of showing support for the company. The entire "event" will be available on PS4, Xbox One, Nintendo Switch, PC, Mac and GeForce Now. There are also some hints for mobile users, especially iOS, so that they know what they can do to try their hand at the cup.