Escape from Tarkov developers, Battlestate Games, posted a lengthy FAQ on Facebook. There is some new information about this intriguing story-driven MMO with elements of FPS/TPS and RPG. Lets start with game modes. Initially, the title will offer a kind of session-based play mode, in which teams of players will have to tackle a string of story-driven, replayable scenarios (about 10 of them). Completing them will unlock a free roam mode, similar to what we know from DayZ. There is also an Arena mode in plans, which I guess is self-explanatory. 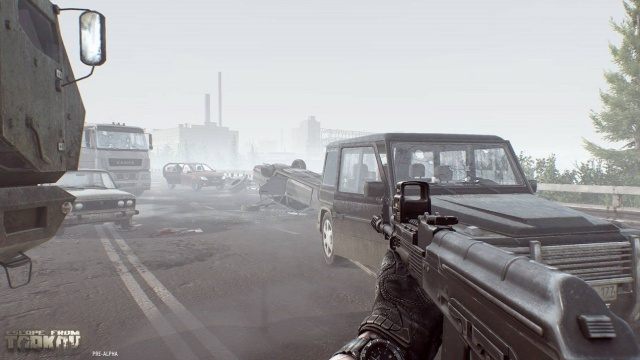 Escape from Tarkov is powered by Unity Engine 5.

As for RPG elements, Escape from Tarkov will feature a skill-based character progression system similar to the one used in The Elder Scrolls games. Every skill upgrade will offer new tactical opportunities (faster reloading, better use of med kits, etc.), but, interestingly, your character may forget skills that are not used for too long. The developers also promise deep economy system dependent on such factors as exchange rates, shortage of goods, or even the traders well-being.

The Russians from Battlestate Games love realism in games, so we can expect many life-like threats to survival as well as authentic weapons behavior. Talking about realism, we should also mention the games excellent graphics powered by Unity Engine 5. There are no PC system requirements yet, but the devs are trying to keep them as low as possible. As for console versions, they are being considered, but that is all we know at this point. 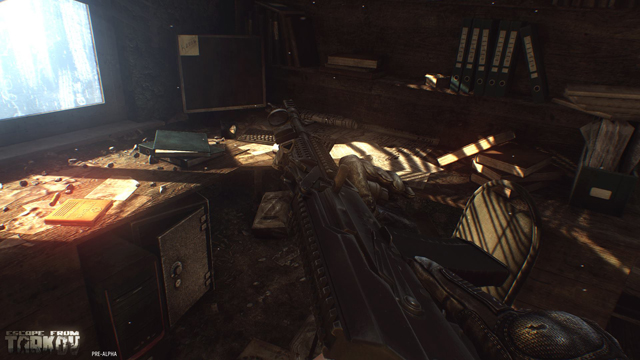 Escape from Tarkov is going to be available on Steam as a single-purchase game  so it is not going to be a free-to-play with microtransactions, but we can expect post-launch paid DLCs.

Closed beta of Escape from Tarkov is planned for early 2016  you can sign up here or pre-order the game to have beta access guaranteed. The full game will release in the second quarter of 2016.