The next free DLC pack to Battlefield 4 is Legacy Operations, introducing a reimagined version of a beloved Battlefield 2 multiplayer map Dragon Valley. This was an Oriental-themed large-scale vehicle map with lots of verticality. The 2015 version is even bigger and taller than the original, but in order to reduce visibility the higher layers of the Valley are covered with clouds (sorry, snipers). Besides, destructible and repairable bridges are back too. See this blog entry for more information. 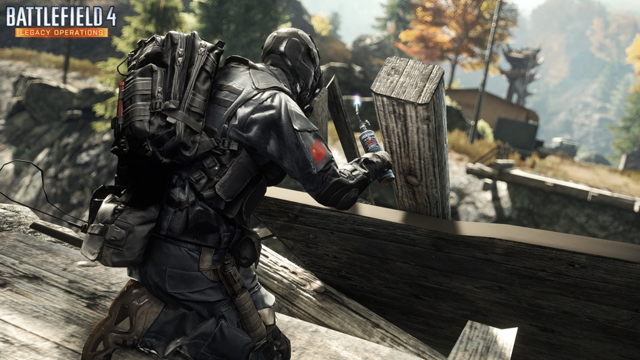 The DLC will be available in a near future on digital distribution platforms: Origin (PC), PlayStation Store (PS4), and Xbox Marketplace (XONE). Sadly for past generation consoles owners, due to the big sizes of the Dragon Valley 2015 map, Legacy Operations wont appear on PlayStation 3 and Xbox 360. Nevertheless, the developers from DICE assure they are still supporting PS3 and X360 editions of Battlefield 4.

Whats more, DICE prepared a busy schedule for winter-time activities in Battlefield 4, including events and timed missions  see the battlelog for details.

EVE: Valkyrie will be bundled with Oculus Rift pre-orders

EVE: Valkyrie will be bundled with Oculus Rift pre-orders