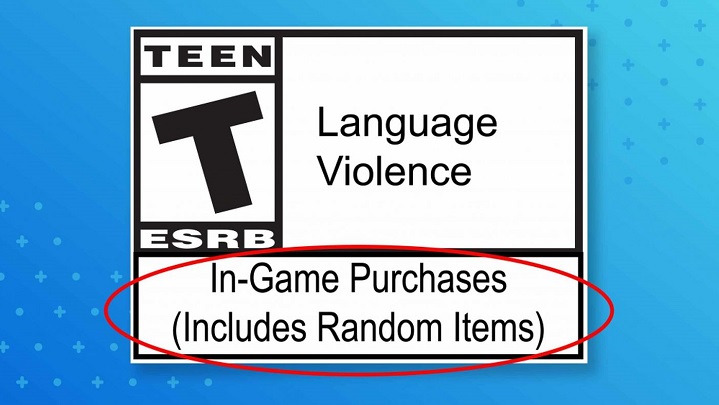 The ESRB, the age rating agenct in the United States and Canada, has announced the introduction of additional markings on boxes and websites such as Steam and PS Store to inform players whether or not microtransactions in a particular title contain random elements.

Such a label will be given to games, in which we can buy all kinds of lootboxes (boxes, chests, etc.), or those that have so-called wheels of fortune, or e.g. random prizes for logging in, where players do not know exactly what item they will receive. Titles with such marking may also additionally contain ordinary paid items, such as skins. Produces without randomized microtransactions will still receive the designation "In-Game Purchases".

ESRB has decided to introduce a new label because of the desire to broaden parents' awareness of microtransactions, who are supposedly aware of their existence, but do not know that they appear in the form of random elements. For the time being, European players are still waiting for a possible similar decision by PEGI, which is dealing with age ratings on the Old Continent.

The topic of random paid items in video games returns from time to time. As recently as January this year, the English health service warned that they expose children to gambling addiction. In August last year, however, several companies changed their policy on lootboxes, which meant that some publishers had to agree to the new rules. These rules inform the players of the exact chance of an item of particular rarity dropping from a loot box. What's more, many developers simply give up such microtransactions. They are not available in Call of Duty: Warzone, Rocket League or Valorant.

The Witcher (Netflix) Scenes Without CGI