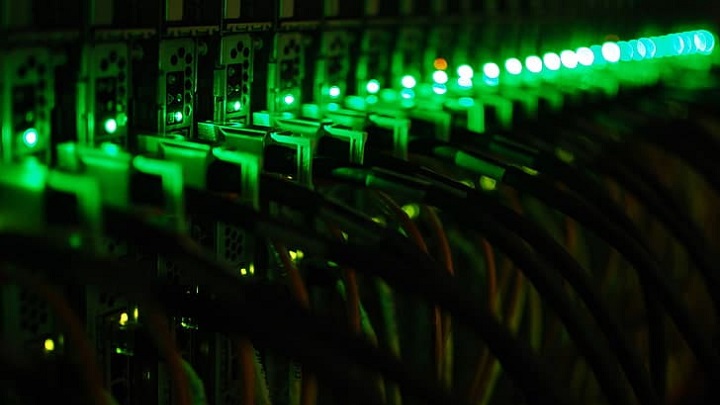 "Twinkle, twinkle, little nodeHow I wonder how fast you can load"
IN A NUTSHELL:

With video streaming, cloud games or increasingly popular videoconferencing, the demand for Internet bandwidth is constantly growing. As a result, data transmission standards need to be continuously developed so that the global network does not clog up. But rest assured, the Ethernet Technology Consortium announced that the new Ethernet connection specification (800GBASE-R) will be able to accelerate to 800 Gbps using 8 lines of 106 Gbps each.

The new standard is not a major breakthrough. It builds on the legacy of its predecessor, 400 GbE. In practice, it is a very similar technology, based on the same logic and slightly modified to double the bandwidth. In practice, it looks a bit like adding another four lanes to a four-lane motorway.

The consortium responsible for implementing the new standards has so far been called the 25 Gigabit Ethernet Consortium and has been formed to prepare the 25, 50 and 100 Gigabit Ethernet specifications. However, it has now been decided to change the name to "reflect the focus on even faster networking technologies". Therefore, from now on we have the Ethernet Technology Consortium.

This is certainly not a novelty that will make an ordinary computer user run to the store and buy a new network card. Most computers today support 1 Gigabit connections, and if you want to, you can get a 10 GbE card. Still, this doesn't even come close to 800 gigabits...

However, the change will probably be felt by data centers, where the implementation of the new technology may relieve the load on servers and nodes, which in the long run will slowly improve the performance of some Internet services.

The Ethernet Technology Consortium consists of companies such as Cisco, Broadcom, Microsoft and Google. They know what's coming and the constant development of Ethernet technology shouldn't come as a surprise. It's not likely that global network traffic will start to decrease at this point. However, if anyone wants to go into the technical aspects of the 800 GbE standard, we refer to the published specification.