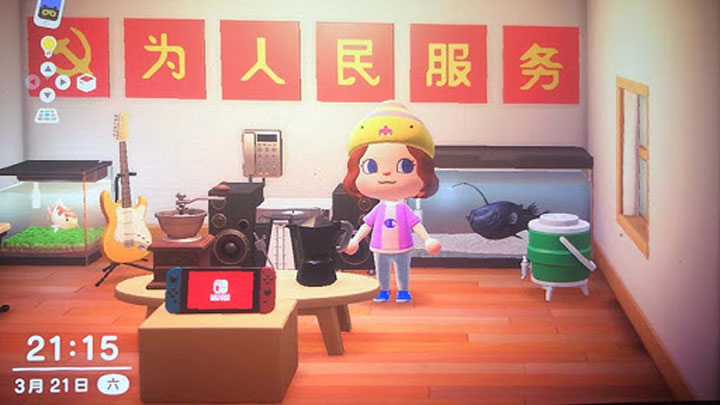 Animal Crossing: New Horizons is very popular in China, despite the fact that the game is not officially approved for distribution.

There has recently been an affair involving Animal Crossing: New Horizons in China. It started with the unofficial Chinese Nintendo Twitter account informing that the authorities of have banned the sales of the game, its accessories and special editions of Switch decorated with elements from the title. It was also reported that the police had confiscated such products in shops. It has been speculated that the reason is that Hong Kong political activist Joshua Wong used the tools available in the game to organize virtual protests.

Wong has created a funeral scene for Chinese President Xi Jinping and WHO Head Tedros Adhani on his island in AC: New Horizons with the inscription "Wuhan pneumonia". Many people boast about similar creations.

These reports have gained quite a publicity, but it soon turned out that they were not entirely true. First, the entry about the case was removed from Reddit, as the information contained therein was considered false. Several users accused the website of censorship, but in fact the Chinese branch of Nintendo wasn't telling the truth. Animal Crossing: New Horizons has problems in China, but other than originally reported. Daniel Ahmad, an analyst specialising in this market, explained this in detail.

To understand the situation we need some context. The Chinese video game market is subject to very strict regulations. Every game before its release must be approved by the appropriate authority. Switch launched inChina only at the end of last year thanks to the cooperation between Nintendo and Tencent. So far, only three games have been officially distributed - Super Smash Bros. Ultimate, Super Mario Odyssey and Mario Kart 8 Deluxe. The players who want more titles must import them from other countries. This method is so common that despite the lack of official distribution, Animal Crossing: New Horizons has already become very popular in China. The game has even been used by several fire departments to conduct information campaigns. 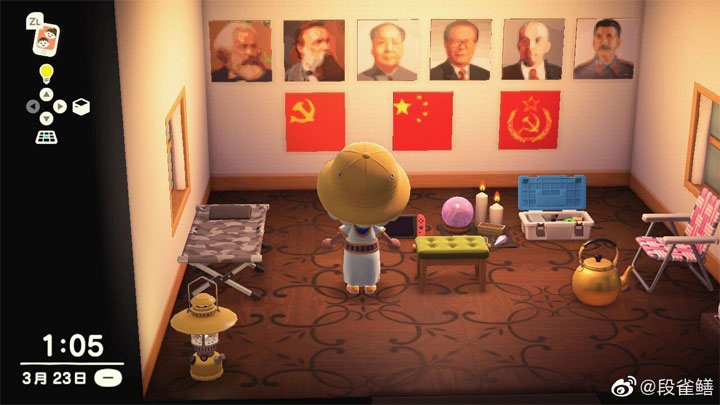 The game offers a lot of freedom in creating new elements, which sometimes gives "interesting" effects.

One of the most popular ways of acquiring imported titles is to buy them at websites like Pinduoduo or Taobao, which are the local equivalent of eBay/Amazon. Until recently, it was possible to get Animal Crossing: New Horizons there, but a few days ago Nintendo's hit was remowed from these stores. Theoretically, for a long time there has been a ban on selling games from other countries there, but it is usually ignored. Administrators only remember about this rule if the game contains controversial elements or enables the players themselves to create them, or if it has become so popular that it's hard to turn a blind eye to its distribution, as was the case with Grand Theft Auto V for example.

Animal Crossing: New Horizons falls under all these criteria. The game enables the players to create their own elements, which was used for protests, and at the same time it quickly became very popular. However, the decision to remove it was made by the websites themselves rather than the Chinese authorities. The game's online mode continues to run without any problems in China and imported copies can still be bought in small stores or in digital distribution after changing the region in the console settings.

To sum things up, the affair was a bit exaggerated. We wouldn't be surprised if the Chinese authorities would never allow Animal Crossing: New Horizons to be officially distributed, but for the time being there is no indication that they are trying to prevent the players from getting copies of the game on their own.

The game was released on March 20, this year and is only available on Nintendo Switch. The title was very warmly received with an average rating of 91% on Metacritic. The title also delighted our reviewer, who gave it a 9.0/10 rating.