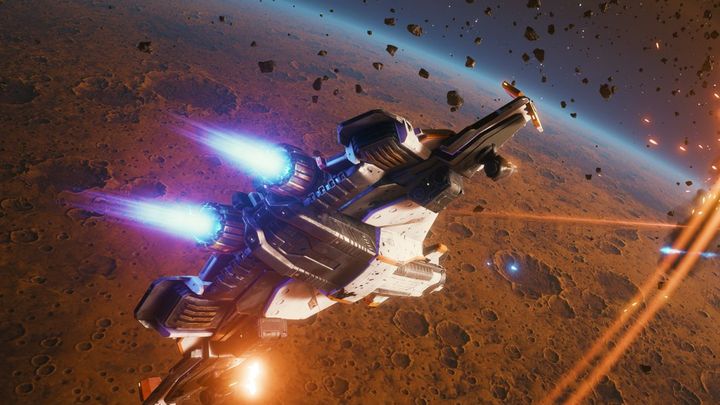 Everspace 2 is being made.

Rockfish Games has announced that it is working on the next installment of the space shooter Everspace. The game will be available in early access in 2020, and its official release will take place in 2021. Everspace 2 will coming to PC, PlayStation 4 and Xbox One. Additionally, the first trailer showing gameplay was also published.

According to the information on Steam game card, Everspace 2 will be an RPG shooter that will offer a single-player experience. The title is supposed to focus on space exploration and offer a lot of freedom. A number of different types of fully customizable ships will be put at our disposal. During the adventure we will also meet NPCs offering various side tasks.

It is worth mentioning that the first Everspace appeared on May 26, 2017 on PC and Xbox One. Over time, the ports for PlayStation 4 and Nintendo Switch have been released. The game received good reviews - the average PC version rating on Metacritic is 79/100 points.