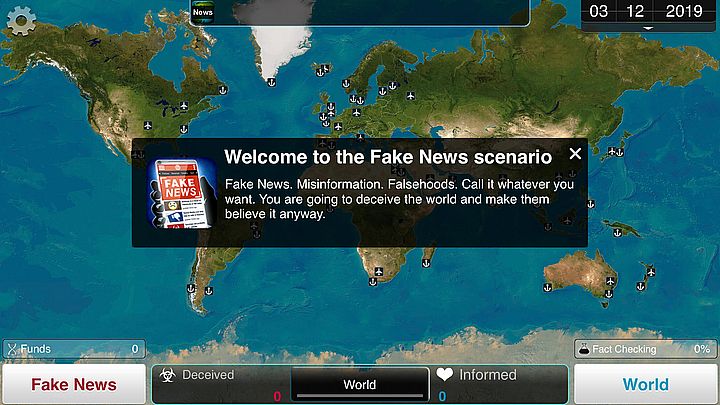 In Plague Inc. the main task of the players is to develop viruses that can destroy humanity. Ndemic Creations has released a new game scenario (soon also available in Plague Inc. Evolved), called Fake News. As you can easily guess, it makes it possible to spread false information in order to create chaos. The official announcement of the creators reads:

"In the radically different Fake News scenario, players can create their very own Fake News story and deceive the world using modern tools and psychological tricks. From wild conspiracy theories to election campaign mudslinging, we now live in a post-fact world where falsehoods and misinformation can spread like a disease..." 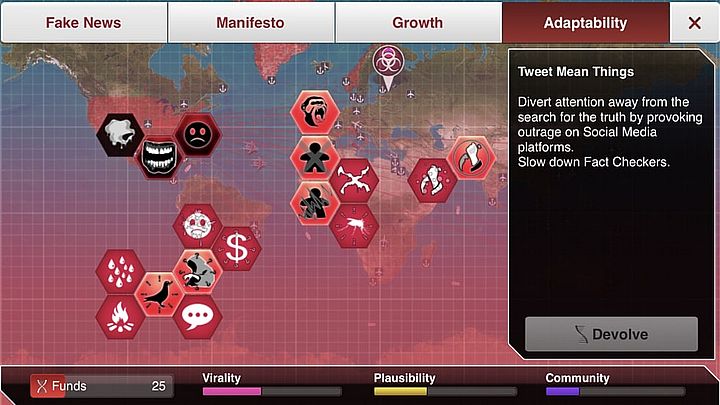 What's most interesting, however, is that Fake News is not "just another new mode". James Vaughan, founder of Plague Inc. points out that the introduction of the new module is a response to current world events and aims to increase people's awareness of the dangers of fake news. To do this, the developer has joined forces with the British group Full Fact, which deals with the reliability of information. Thanks to this, the scenario is to be realistic and more "educational". Assistance also came from international fact-finding bodies such as Politifact. As James Vaughan says, it's all because fake news is a real threat to people:

Just like a deadly pandemic, the spread of misinformation is a huge threat to our society. When designing this new update for Plague Inc., it was scary how many of our infection algorithms translated perfectly to the world of false facts, fake news and bad information. Full Fact are a hugely powerful resource that everyone should use to make sure they really know what is going on.

The CEO of Full Fact, Will Moy, also spoke about the cooperation:

We know from experience the harm it can do to lives and communities, whether undermining trust in our democracy or putting our health at risk. The Fake News update in Plague Inc. will reach millions more people, helping them to understand the real threat that bad information poses.

The Full Fact Group hopes that the game will encourage users to help refute false information, especially as the UK is preparing for the general election on December 12. The Fake News scenario is now available for free on iOS devices. Soon it will also be available on PC, Android and consoles.