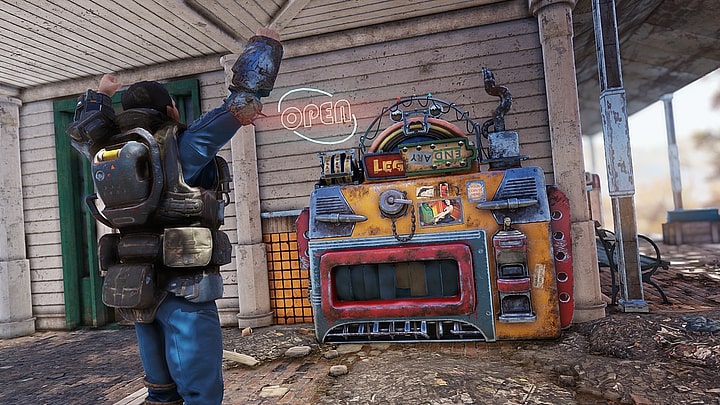 The new update to Fallout 76 will introduce many new features.

Bethesda Studio has shared information about the most important elements of patch No. 9 for Fallout 76. The patch will be released on 7th of May and, like the previous ones, will be part of Wild Appalachia - a series of updates introducing additional content and options to the title. The full list of novelties and changes introduced by patch No. 9 will be announced on the day of its premiere.

What do we know today? The update will introduce personal vending machines to the game, which will allow C.A.M.P. to be transformed into a makeshift market. This will allow players to sell crafted or found items to other players. After constructing a vending machine, it is enough to assign to it the appropriate equipment from the box and set the price for it. The creators have also not forgotten that advertising is the lever of trade. Therefore, after you have filled the shop with goods, the location of your camp will be marked on the map of other players (provided that there is no reward for your head). 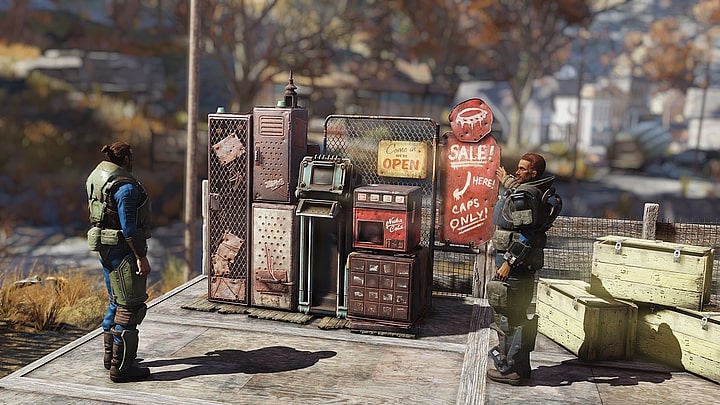 In the wilderness there will also be vending machines for the legendary exchange. You will be able to exchange the Legendary Scrip (new currency type) into legendary items. The option of spreading out legendary items and turning them into Legendary Scrip will also be added. The vending machines will be available at railway stations throughout Appalachia. The developers also looked at the results of the survey (in which players were asked to indicate their favourite attribute in the survival mode) and based on the results they plan to introduce a new statistic called "survival score". Details of this feature have been described on the page concerning the content of the upcoming patch.

In addition to the above mentioned novelties, Patch 9 will also introduce changes in weapons (plasma weapon reinforcement, fixes for explosive rifles or possibility to produce ammunition for flamethrower). The last interesting addition will be the display cases, which will allow you to showcase a collection of rare items in the camp. This element, however, needs to be refined and will debut a few weeks after the release of patch 9. Let's recall that Fallout 76 was released on November 14, 2018 on PC, Xbox One and PlayStation 4.