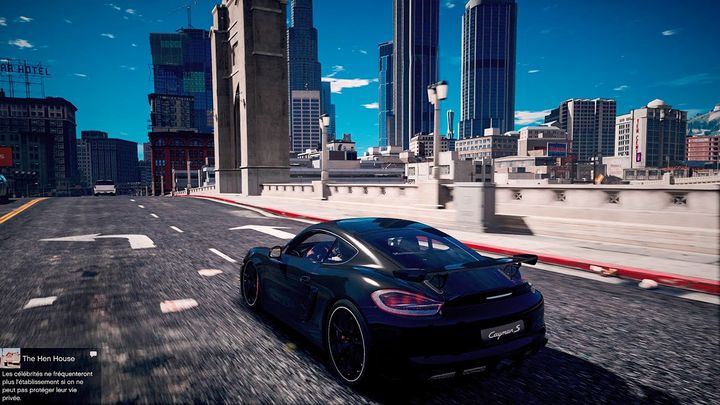 This GTA fan has a rather original idea.

One of the fans of Grand Theft Auto - owner of the 10HoursMovies channel on YouTube - decided to play the fifth part of the series and drive his car around the metropolis of San Andreas over and over again until the sixth installment of the series debuts. He has already done more than 800 laps, but with the GTA VI not even officially announced yet, it's probably just the beginning of his journey. The stream can be watched live.

If you have doubts whether this type of marathon is really good for your health, then we inform you that when speaking about the venture, the daredevil uses plura at some point, which gives hope that he will switch with someone behind the wheel, so that he will not pass away away in front of the screen (not to mention causing an accident costing innocent, virtual lives). It should also be noted that there are bots that allow you to automatically drive a car in GTA V, although it is difficult to say whether the originator of the challenge plans to use this type of tool (on the one hand, it would probably be a little pointless, but on the other hand... the idea is so absurd that you can expect everything).

There is also a financial thread in the matter - the daredevil accepts donations from the viewers. It cannot be ruled out, therefore, that this is simply a way to improve his budget.... but undoubtedly quite clever and original one.

Recently, there have been new rumors about the next installment of the Grand Theft Auto series - the voice actor of Trevor from GTA V suggested that the game will debut in 2020 or 2021.