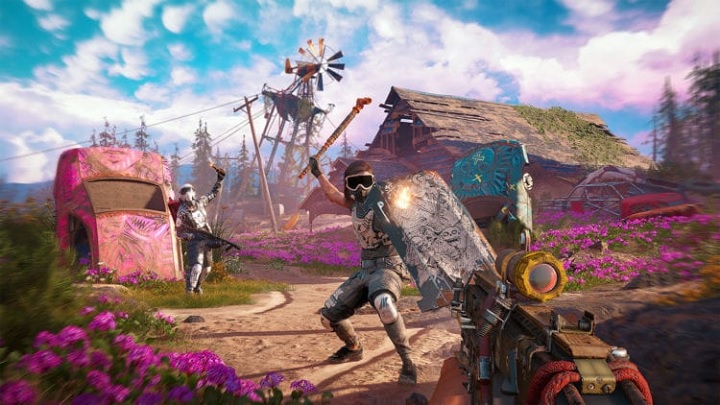 The developers decided on one more gameplay presentation before Friday's game release.

Ubisoft decided to remind us of the upcoming launch of Far Cry: New Dawn. A footage showing the beginning of the game and a new trailer focusing on gameplay appeared on the web. Both materials introduce us to the twins Mickey and Lou from the Highwayman gang, who will be our opponents throughout the game. The sisters also quickly show that although the new Far Cry is a happy little post-apocalypse, the world is not all sugar and spice.

In terms of gameplay, the videos do not reveal anything more than what we learned from previous materials. We can see the animal companions - Horace the wild boar and Timber the dog - and gunplay, which is all too familiar to the fans of the series, albeit with a tinge of RPG (as mentioned by the developers in January). On the longer material, we also saw the companions of the main character, whom we will get to know closer after the launch of Far Cry: New Dawn. The title will be released on Friday, February 15 on PC, Xbox One and PlayStation 4. PC owners can already check the game's hardware requirements.