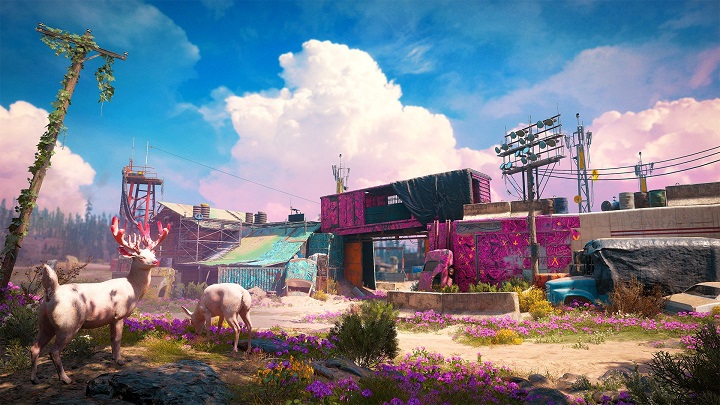 Colorful post-apocalypse will be available next month.

Just over a month ago we learned that Far Cry New Dawn will be released in mid-February. The short time separating the announcement from the planned premiere allowed us to believe that the work on the new edition of Far Cry series is coming to an end. This is confirmed by today's news from Raphaël Parent on Twitter. The technical director of the game announced that the game has been granted gold status, which means that its production has been finally completed. There is no doubt that Ubisoft's new work will debut as planned.

Announcement concerning the release of Far Cry: New Dawn which appeared at the beginning of last month received a mixed reception. It was not uncommon for the title to look more like the expansion of Far Cry 5 than a completely new version of the game. Ubisoft refers to these comments in the latest material on Twitter, which focuses on the differences between the two productions. Jean-Sebastien Decant, the game's creative director, has mentioned in the video, that the New Dawn team tried to deepen the gameplay by using - as he put it - the "light RPG approach". Both the enemies and the weapons produced will have a certain rank, and in the database we will get the opportunity to gain new improvements.

So it seems that the postapocalyptic Far Cry - and perhaps other games from the series  are following the footsteps of the last installments of the Assassin's Creed series, adding more elements derived from RPG games. Decant mentioned another novelty - the system of escalation of posts. After clearing the bridgehead of enemies we will get a choice: either we take it over together with the raw materials, or we "squeeze" it out of everything that is valuable. In the latter case, we will abandon the settlement, which may later be re-occupied by enemies. We have to strengthen its defense, which will give us another, more difficult challenge. 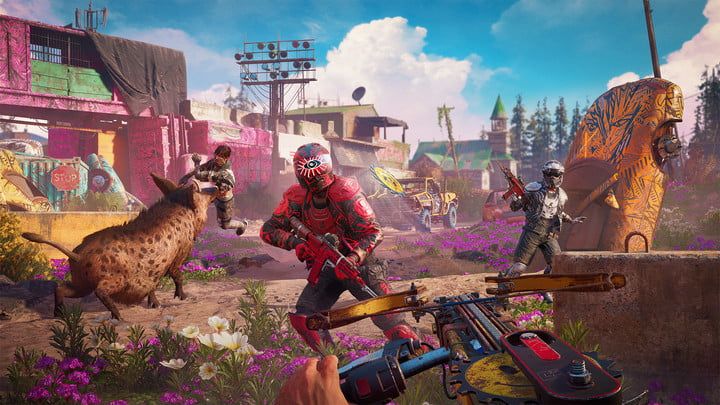 The gameplay mechanics will differ than these we were used to in FC5.

It is hard to say how much this system will change in the game. Perhaps there will be some kind of management substitute in the game, in which we will have to use a limited amount of resources to strengthen the posts. Then, having too many settlements could be unfavorable, as we could not provide them all with adequate defense. Such a solution would really give the gameplay some depth. But just as well, it may be another way to extend the game by providing further challenges. How it will really be, we may find out after the release. Far Cry: New Dawn will make its debut on February 19 on the PC, Xbox One and PlayStation 4. Let's also remember that the hardware requirements of the title were revealed recently.