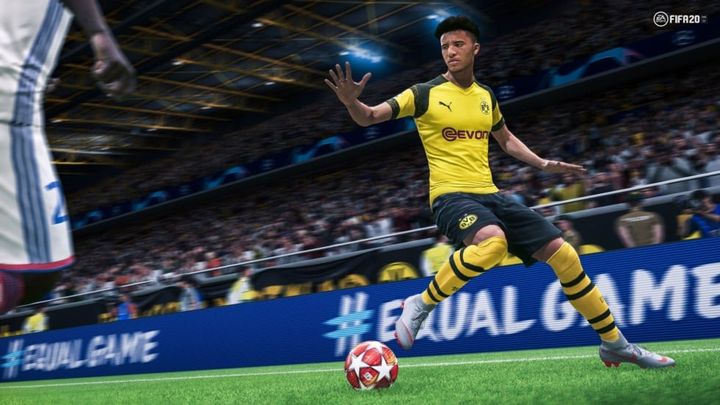 Once again, EA promises many changes.

The cover was not all. FIFA 21 received its official trailer made in a style reminiscent of the aforementioned graphic from the box. Apart from smoothly directed and edited scenes we could see some gameplay.

Some information about the most important changes in the gameplay was also provided. A new system called Agile Dribbling will appear in the game, which will allow for more efficient and responsive player control in 1v1 actions. In order to make the actions more attractive, new tricks will be added - including the ball switches, changed from the previous installements.

Another innovation announced by EA is Positioning Personality. According to the devs, this function will enable AI to behave more logically when positioning on the pitch. The strikers will try not to go out into off-side positions, waiting for perpendicular plays to penetrate enemy's defensive line. On the other hand, the defenders will make it more difficult to exchange passes effectively and will reduce the number of actions created by the offensive.

Creative Runs, on the other hand, will provide the player with a number of options affecting the movement of the whole team without the ball, as well as revolutionary ways of building a positional attack. Air duels, midfield fights, and actions on the penalty box will be more natural.