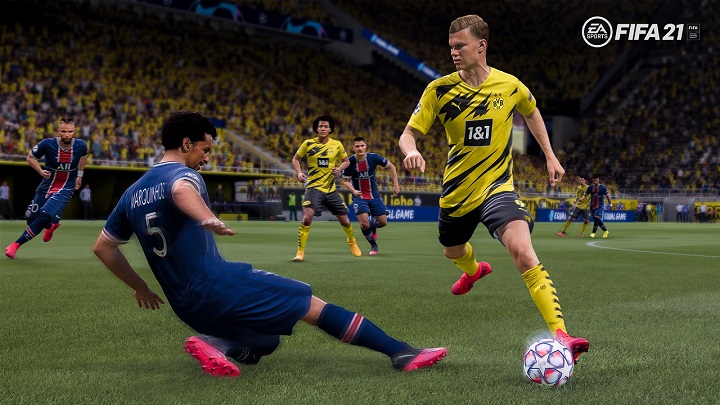 Players have problems with accessing the trial version of the latest FIFA.

FIFA 21 will not debut until October 9, but as of today, EA Play subscribers have the option to launch the game before official release (with a 10-hour limitation for regular subscribers / unlimited access for EA Play Pro users). However, it turned out that the release of the game was not successful, because those who wanted to enable it through EA Play were greeted with a screen informing about an error that made it impossible to run the application.

So far, the problem has not been solved, but EA Play subscribers can still install the game. To do this, we need to find FIFA 21 through the standard shop on our console and simply download the game from there. This will not trigger the EA Play app, so the aforementioned bug will not appear, allowing the game to be launched without problems. It is also worth noting that the problem does not apply to PCs, as the trial version of the new FIFA is not yet available on PCs.