Electronics Arts has announced, that the release of FIFA 23 will be accompanie by the debut of the new EA AntiCheat (EACC). It will function at the system kernel level.

According to the publisher cheat makers are increasingly operating in kernel space, using a greater number of different techniques, making ordinary user-level anti-cheater systems less effective. With the implementation of the new method, the program will be able to control processes and such software as the graphics card driver to a greater extent. 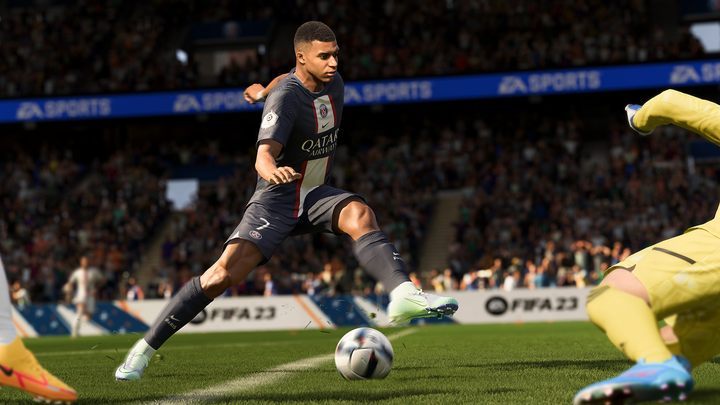 Interestingly, EA will counter foul play in single-player games as well. Without anti-cheat, you won't be able to play FIFA 23. This is intended, among other things, to hinder the development of cheating methods. However, this is not tantamount to a desire to put the EACC in publisher's every game, as the situation is different in typical single-player games - devoid of leaderboards, for example. Besides, FIFA 23 will offer cross-play, so console players will also be covered.

Based on internal and independent tests, it was determined that the EACC affects gameplay only slightly in terms of performance and stability. Players' privacy is also supposed to be unaffected, and non-interference with web browsing history, among other things, is mentioned. The anti-cheat software has been developed in cooperation with third-party cybersecurity companies, so it should not have a negative impact on user data. EA also encourages you to contact them if you find any security vulnerabilities.

We will be able to remove EACC from our computer at any time. The solution is expected to work only while playing FIFA 23.

Anti-cheater software at the kernel level has been previously introduced, among others, by Activision into Call of Duty: Warzone.

The release of Fifa 23 will take place on September 30, this year, on PC, PlayStation 4, Xbox One, PlayStation 5, Xbox Series X/S and Nintendo Switch, as well as the Google Stadia service. Earlier access on September 27 will be given to buyers of the Ultimate version.

Foxhole Ranks and Levels and How To Get Them

Feast for Yakuza Fans: Like a Dragon 8 Trailer and Judgment PC Official