A few days ago, the PC version of Final Fantasy VII Remake: Intergrade, a refreshed edition of one of the most famous jRPGs, debuted on the market. The PC edition is available exclusively on Epic Games Store. Now we found out that it's only a temporary exclusive and in the future the game will also be available on Steam.

The source of this information is the Steam database, where users found mentions of Final Fantasy VII Remake: Intergrade. In addition, the version from Epic Games Store has a directory named Steamworks. So everything indicates that the remake is going to Valve's platform and the only open question is whether the exclusivity period for EGS will last a year or less. 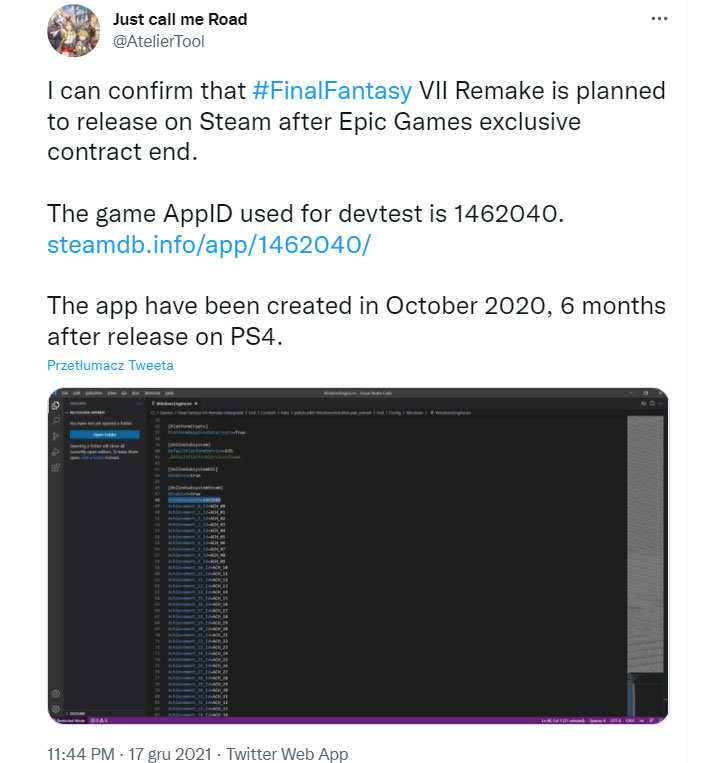 PC players waited a long time for their version, but unfortunately the launch was not an absolute success. Huge reservations are raised by the price, well above the standard $59.99. Many people also complain about the poor technical condition of the port.

Final Fantasy VII Remake launched on April 10, 2020 on PlayStation 4, and fourteen months later the version for PlayStation 5 was released. The game hit the PC on December 16, this year.

PC was the King Among Gaming Platforms in 2021